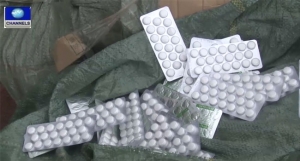 The Oyo State Government has established rehabilitation centres to checkmate the increasing rate of drug abuse in the state.

The Commissioner for Health Dr. Azeez Adeduntan disclosed this after a consultative meeting with the NDLEA and relevant stakeholders at the Ministry of Health.

The meeting stemmed from the realisation that drug abuse is decaying in the state and can no longer be ignored.

The Commandant of the National Drug Law Enforcement Agency in the state, Mrs. Omolade Faboyede noted an immediate action must be taken as Oyo accounts for about 40% of the total drug abuse data in Nigeria.

She said the “Data for drug abuse in Oyo state is not cheering so we must now intensify advocacy in schools to instill good morals in pupils and educate them on the dangers of drug abuse right from primary school level”.

Reacting to the disturbing indices of abuse in the state, the Commissioner for Health said it was time to tackle the menace head on, as the government will have to step both preventive and rehabilitative means of reducing the scourge to the barest minimum.

Dr. Adeduntan added that ”six rehabilitation centres in all the geo political zones of the state will be established to treat addicts while we would step up on advocacy to prevent further spread of this problem.

“We cannot pretend it is not here”.

An inter-agency forum among all security agencies has also been sanctioned to wage an unrelenting war against drug abuse in the state.

Schools, religious bodies and social groups  have also been asked to join in the fight to rid the state of illicit drug and its effects.