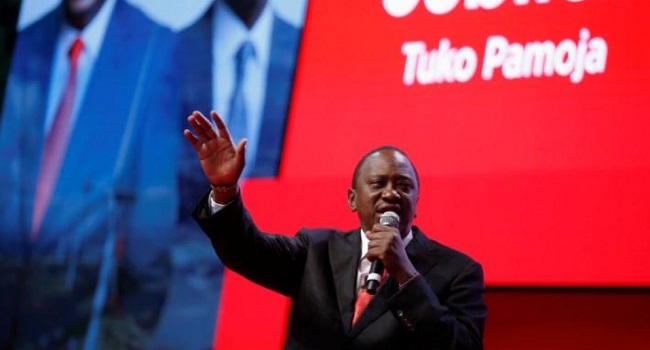 Kenya will use “deadly force” against suspected Islamist militants, President Uhuru Kenyatta said on Monday as he campaigned for re-election in Lamu, one of the regions that have borne the brunt of militant violence.

“If someone has volunteered to come and destroy the lives of others, beheading them, killing our security officers, why would I beg him, we shall kill them as well. I have no apologies to make, none whatsoever,” Kenyatta said.

“No one has a right to kill others. No one should be worshipped pretending to be God, if you come to us that way, and we shall as well do the same. We are requesting the residents of this area to help us. If you have any information, please let us know.”

Last week, the Kenya military said it had conducted air strikes on Lamu’s Boni forest after the string of attacks blamed on the militants in the area.

Al Shabaab is fighting to topple Somalia’s Western-backed government and establish its own rule, based on the group’s strict interpretation of sharia law. Its members frequently launch attacks in Kenya, which they say are intended to force the country to withdraw its troops from Somalia.

Uganda Plans Elections In Early 2021 But No Rallies

‘We Can Get It Done Here’: Africa’s Tech Scene Tackles COVID-19

How COVID-19 Pandemic Is Changing Daily Life In Kenya