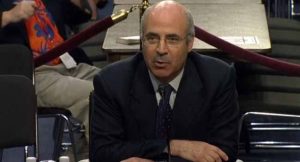 William Browder, the financier whose promotion of the Sergei Magnitsky Act has rankled the government of Russian President Vladmir Putin, told a U.S. Senate panel on Thursday that Putin is attempting to create chaos in the United States.

He explained that Putin is attempting to create the chaos in an effort to reverse the sanctions legislation imposed on certain Russian associates implicated in the death of Sergei Magnitsky, a Russian investigator who peered deeply into the dark corners of dealing of Russia’s oligarchs.

Browder, a founder of the Hermitage Capital Management fund which specialized in Russia investments, employed whistleblower Sergei Magnitsky as a lawyer and has spearheaded an international campaign to expose corruption and human rights violations in Russia after Magnitsky’s death in custody.

Magnitsky was arrested in 2008 shortly after alleging that Russian officials were involved in a $230 million tax fraud case, and died in prison nearly a year later while awaiting trial, causing an international uproar.

After lobbying by Browder, the U.S. Congress passed the Magnitsky Act, which bars Russians believed to have been involved in his death or other severe human rights abuses from entering the United States, and freezes their assets there.

” Vladimir Putin, I believe to be the richest man in the world. I believe he’s worth $200 billion. That money is held all over the world in banks in America and all over. The purpose of Putin’s regime has been to commit terrible crimes in order to get that money.

“He doesn’t want to lose that money by having it frozen. So he personally is at risk of the Magnitsky Act. It’s a very personal venal issue which is why he’s so upset,”. He said

And, as a result, the only way he could get people to do such terrible things is to say if you do these terrible things there will be no consequence. You will enjoy absolute impunity and, as a result of the Magnitsky Act, he can no longer guarantee absolute impunity because all of a sudden we’ve created consequences in the West.” Browder told the U.S. Senate Judiciary Committee

US House Speaker Pelosi Orders Articles Of Impeachment Against Trump