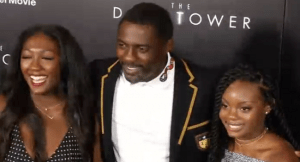 The pages of Stephen King’s “The Dark Tower” have been re-imagined for the big screen with Idris Elda and Matthew McConaughey in the starring roles.

Elba and McConaughey hit the red carpet in New York on Monday to celebrate the film’s upcoming U.S. opening on August 4.

The film and the book series tells the classic story of good versus evil as Elba’s character, Gunslinger, Roland Deschain fits to hold the universe, as known as the Dark Tower, as the Man in Black, portrayed by McConaughey tries to destroy it.

Actress Katheryn Winnick said “It is, I would not say that it’s a genre movie, but it’s definitely an epic fantasy and based in reality. And based in the imaginary thought process of your imagination. I guess would be the best way to describe it because it allows you to transport yourself in different realms.”she said 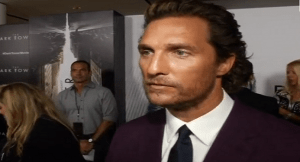 Director Nik Arcel grew up as a fan of the series in Denmark and credits the books for teaching him English.

On the red carpet, Arcel said working with King was very collaborative and that the author brought good ideas to the project without dictating.