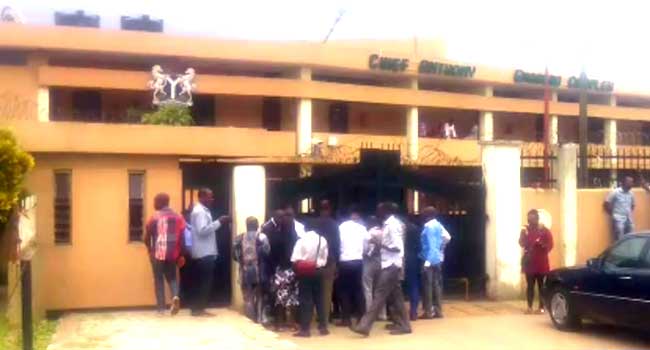 The Speaker of the Edo State House of Assembly, Justin Okonoboh, has been impeached.

Honourable Okonoboh was impeached on Monday by the lawmakers at the Assembly complex in Benin City, the Edo State capital.

Okonoboh, however, told reporters that his impeachment was illegal and ordered the suspension of those involved in the exercise.

Meanwhile, the lawmakers have elected a member of the House, Honourable Kabiru Ajoto, as the new speaker.

In his address, Honourable Ajoto noted that 16 lawmakers initially met and decided to file an impeachment notice on the impeached speaker.

He added that three others later joined them to increase the number to 19, stating that the exercise followed due process.

One of the allegations levelled against Honourable Okonoboh by the lawmakers was the fact that he shut down the House to attend his son’s graduation in the United States.

Ajoto, who also accused Okonoboh of running the House like a private enterprise, explained that it was normal to change the leadership if it was not performing.

He alleged that the former speaker had been adjourning the sitting of the House and awarding contracts without due process despite several cautions.

The new speaker also claimed that Okonoboh’s wife uses her husband’s official vehicle and also tried to influence the decisions of the House.