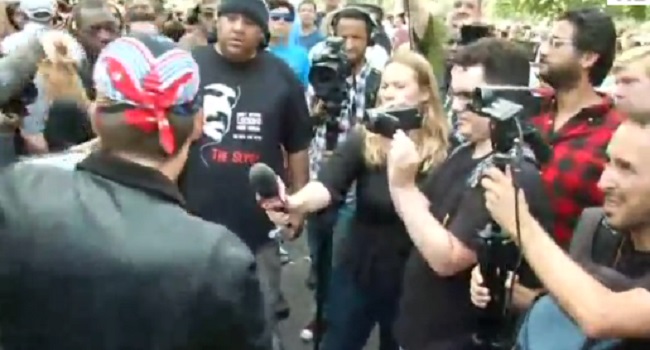 Thousands of people in Boston protested a “Free Speech” rally featuring right-wing speakers on Saturday (August 19), with hundreds of police mobilized to prevent a recurrence of the violence that left a woman dead at a Virginia white-supremacist protest last week.

In historic Boston Common park alone, hundreds of protesters who believe the event could become a platform for racist propaganda dwarfed the few dozen rally participants.

The number of protesters was poised to swell exponentially as a march with thousands of more people bore down on the park.
Organizers of Saturday’s rally in Boston have denounced the white supremacist message and violence of Charlottesville and said their event would be peaceful.