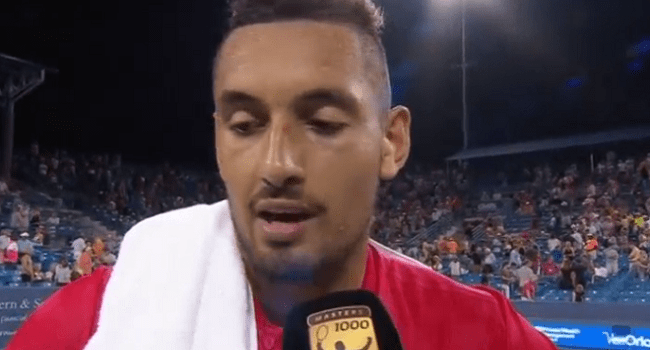 Australian Nick Kyrgios overcame Spanish veteran David Ferrer on Saturday to set up a clash against Bulgaria’s Grigor Dimitrov in the final of the Cincinnati Open.

Kyrgios, who had beaten Rafa Nadal in the quarter-finals, showed no drop-off in performance against the 35-year-old Ferrer in the match that lasted just over two hours.

The world number 11 had his work cut out against big-serving Isner, with neither player dropping serve in a match where break opportunities were few and far between.

Isner had two break point chances, Dimitrov only one.

Nick Krygios said,”Yeah I’m gonna really look forward to that, Grigor’s a great player and a great guy as well so I’m looking forward to going out there and just compete and we’ll see what happens.”

Dimitrov saved a setpoint in the second set tiebreak, before putting away the dogged American.

Djokovic Crushes Tsitsipas To Set Up Dimitrov Semi-Final In Paris

Dimitrov Double-Faults His Way Out Of China Open