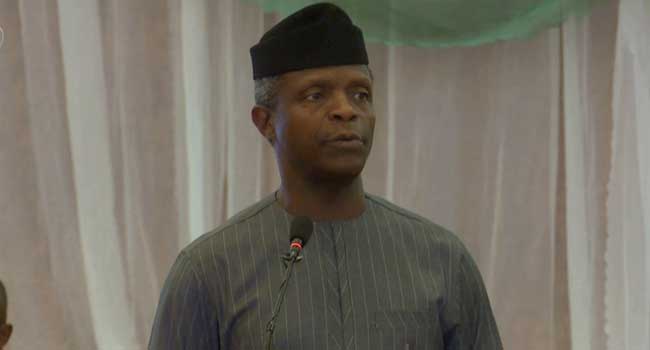 The project is in line with the Presidential Fertilizer Initiative launched by President Muhammadu Buhari in 2016 to drive down the cost of production and attract more investors.

Speaking at the ceremony, Professor Osinbajo noted that the plant would boost plant local economy and bring Nigeria closer to self-sufficiency in agriculture and food security.

According to him, the fertilizer plant which was first commissioned by former President, Olusegun Obasanjo 13years ago has since remained defunct.

However, he noted that the plant’s revival through a Public Private Partnership has the capacity to produce about 60,000 metric tonnes of fertilizer per annum and is guaranteed to create hundreds of direct jobs.

He was accompanied by the Edo State Governor, Mr Godwin Obaseki, Minister of Agriculutre, Chief Audu Ogbeh and Minister of Trade and Investment, Mr Okechukwu Enelama.

One Killed, Others Injured As Gunmen Attack Church In Kaduna Community