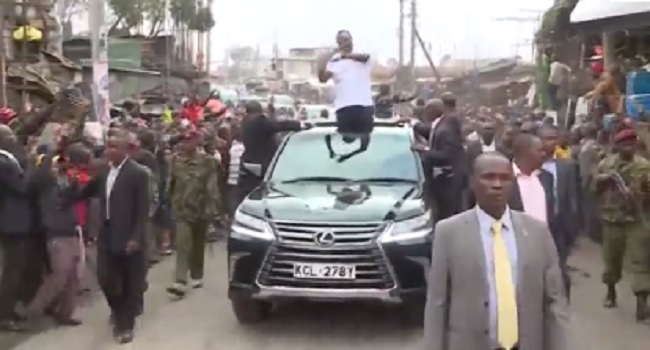 Despite the deacon by the Supreme Court to annul his victory in the presidential election, citing irregularities in the vote.

Kenyatta has however spoken out to his fans calling the judges crooks. Telling them he is still the incumbent president.

But opposition leader Raila Odinga filed a petition to the Supreme Court claiming that results from more than a third of polling stations were fatally flawed.

Odinga’s success is the first of its kind in the country. He says the decision marks a victory for democracy in Africa.

A new vote will now have to be held in 60 days time.

Some observers are worried that the decision could lead to political chaos.

The country is east Africa’s biggest economy and has a history of disputed elections and political violence.

Although the ruling spells uncertainty for the country – long term it’s seen as a win for Kenya’s institutions.