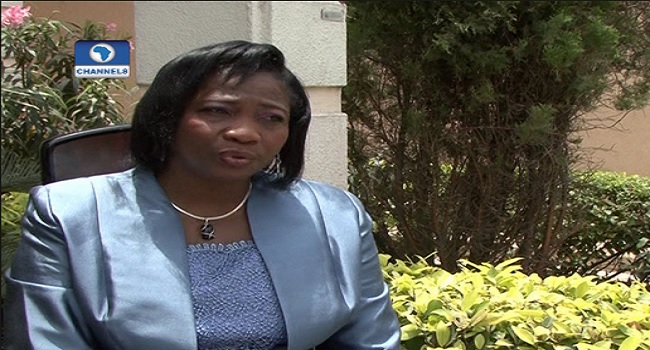 The Senior Special Assistant to the President on Foreign Affairs and Diaspora Abike Dabiri-Erewa has expressed her displeasure over the incessant extra judicial killings of Nigerians living in South Africa.

In a statement by her Special Assistant on Media, Abdurrahman Balogun, the Presidential aide said ” this is one death, too many”

She said in spite of all diplomatic talks between Nigeria and South Africa to put an early warning signal in place,” it doesn’t seem to be working”.

The Nigeria Union in South Africa has confirmed the killing of another member, Kingsley Ikeri, at Vryheid town in Kwazulu Natal Province of South Africa on August 30.

Ikeri, 27, was a businessman and native of Mbaitolu in Imo State and the second Imo indigene to be so killed in the last two weeks.

Dabiri-Erewa described the latest extra judicial killing of another Nigerian in South Africa as “worrying and condemnable”.

She said that the latest gruesome killing of Ikeri by the Police in South Africa is “unacceptable to the people and government of Nigeria”.

While reiterating President Muhammadu Buhari’s calls to Nigerians to avoid crimes like drug peddling which attracts stiff penalties, sometimes death, she noted that the latest killing has increased the number of Nigerians killed in South Africa through extrajudicial means in the last one year.

“The barbaric behaviour of the perpetrators is not only unacceptable, but also calls for urgent attention by diplomatic authorities in Nigeria and South Africa”, she said.

Dabiri-Erewa urged the South African government to ensure that justice prevails by carrying out investigation and bring the culprit to book.

She reiterated her calls to Nigerians living abroad to always respect the laws of their host countries and be good ambassadors of Nigeria.

“My heart goes out to the families of the deceased and I pray God to grant the departed soul eternal rest”, the SSA stated.

Bartholomew Eziagulu, Chairman of the Nigerian Union in the province, disclosed that Mr. Ikeri was allegedly tortured to death by the police.

He said the union’s investigations revealed that the police arrested the deceased and a friend on suspicion that they were carrying hard drugs.

“While interrogating him, the police used plastic to cover his face to extort information from him.

“In the process, they suffocated the deceased. When the police took him to the hospital, he was confirmed dead,” he said.

The Secretary General of the union, Adetola Olubajo, noted that the national secretariat had been informed about the death of the Nigerian.

He said the body had informed the appropriate Nigerian authorities and the police in South Africa.

A report has it that a senior Diplomat from the Nigerian Consulate in Johannesburg had visited Vryheid on a fact-finding mission.

In February Mrs. Dabiri-Erewa met with the South Africa High Commissioner, Mr. Lulu Louis Mnguni in Abuja, where he said a total of 116 Nigerians have been killed in South Africa through extrajudicial means in the last two years.
Seven out of 10 of the killings were carried out by the South African Police.