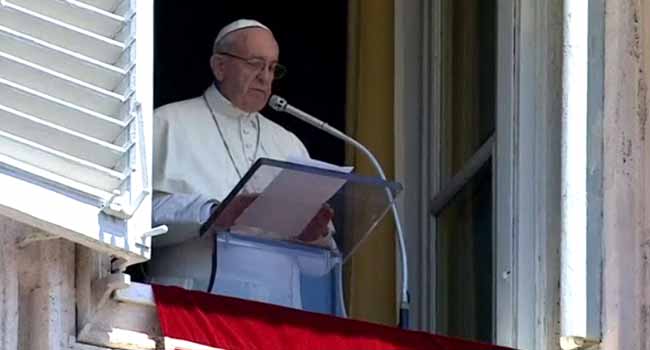 Pope Francis called on South Korean religious leaders to promote reconciliation and spurn violence and fear on Saturday (September 2), at a meeting which took place amid a tense standoff on their home peninsula.

Representatives of several religions met the Argentine pontiff at the Vatican, and listened to an address in which he said their work must begin by “rolling up our sleeves”.

“Religious leaders are … called upon to initiate, promote and accompany processes for the welfare and reconciliation of all people,” Francis told the 20-strong delegation.

Wealthy, democratic South Korea is technically at war with its poor, reclusive northern neighbour, which regularly threatens to destroy the South and its main ally, the United States.

The visiting leaders, who included a Buddhist, wore traditional religious costumes. The Vatican did not say which other faiths were represented at the meeting.

Pope Reacts To Killing Of Floyd, Says Racism Is Intolerable