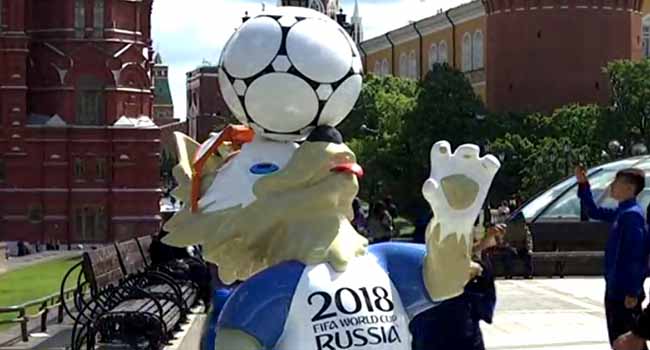 Swedish and Belarussian national teams on Saturday trained ahead of their World Cup qualifier match.

Sweden beat Belarus 4-0 in their home match back in March and followed that result with a 2-1 home defeat of France.

They now lie second in the qualifying group, three points behind France with Belarus second to bottom on five points and one ahead of Luxembourg.

Sweden’s coach Janne Andersson said another defeat would be unthinkable for fans back home, admitting the pressure was on the team to get a good result and bounce back.

“Of course, we clearly understand that currently, Sweden is not very satisfied with our performance during Thursday’s game, with our defeat,” said Andersson.

“And we understand that one more defeat will have a very negative reaction. But in any case, we hope for a good outcome of the match for our team.”

Also, Swedish defender Andreas Granqvist said, “Of course, after the Thursday match, the team is a bit tired and now they are working on getting back in shape.”

“They are trying to do their best to prepare for tomorrow’s match and the entire team hopes for a good outcome.”

On his part, Belarus team coach Igor Kriushenko said his team is preparing harder to ensure they qualify for the world cup.

He said, “(Our goal) is to play well. Sweden is one the of favourites in our group and as any athlete, as any team, we should aspire to be the winner.”

“Of course, that’s what we will be doing and by saying “playing well”, I meant to put up resistance and to try to play rather aggressively, taking into account that we will be playing at home.”

The Belarussian side host their Swedish rivals on Sunday in Borisov Arena in Barysaw, Belarus.

Russia Has ‘No Interest’ In Absorbing Belarus – Putin