Fight For Biafra Is Not Sincere – Orji Kalu 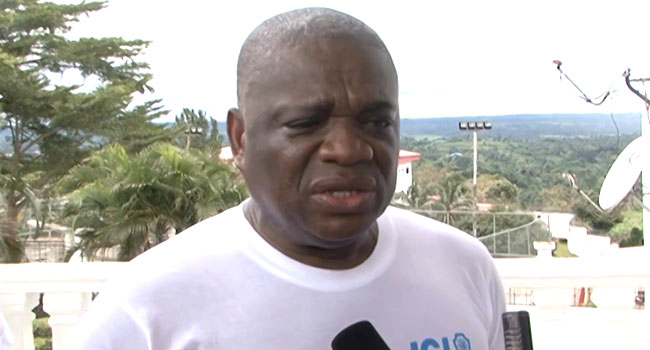 Former governor of Abia State, Mr Orji Kalu, says the agitation by the Indigenous People of Biafra (IPOB) is not sincere.

Mr Kalu’s comments come as more reactions continued to trail the declaration of IPOB as a terror group by the Nigerian Military.

The former governor, who addressed reporters in Abia State, condemned the activities of the group who he said were only being used by politicians for political reasons.

‘These boys (IPOB supporters) are not capable of holding anybody to ransom because they are not sincere; fight for Biafra is not a sincere fight, it is an instruction,” he said.

“Let me be honest with you, some politicians were playing politics with it, they are taking these boys to help them to win the election. It’s impossible, it’s not our law, it’s not our way; election must be democratically done.”

Kalu also backed the deployment of soldiers to the region, saying the group’s activities were challenging Nigeria’s sovereignty.

He said he had visited some parts of the state to see things for himself, noting that the situation cannot be handled by the police alone.

He, however, urged the Federal Government to consider the report of the 2014 Confab, to help douse the gale of agitations across the land.

Kalu proposed that the only way by which government can address the agitations for secession was to restructure Nigeria, adding that one more state should be created in the South-East region.

“We should go back to the conference resolutions, let’s start with that because that was constituted fairly. I’m pleading with the Federal Government and everybody to back with the 2014 Confab report.

“Let us implement it and they should know that the South-East should have one more state to be able to balance,” said the former governor.

My Mandate Will Be Restored, Kalu Reacts To Tribunal’s Judgement