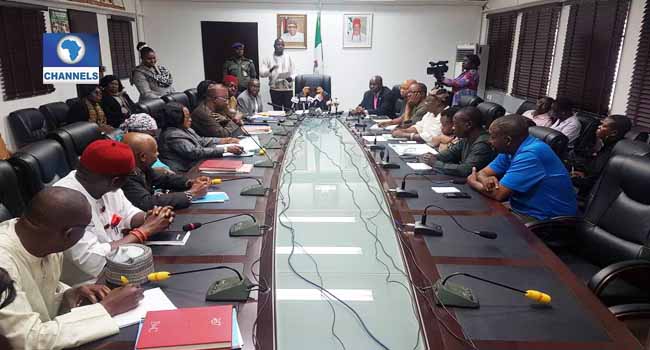 The Federal Government is currently holding a meeting with members of the Academic Staff Union of Universities (ASUU) over the nationwide strike by members of the union.

ASUU had gone on strike, August 14, after the National President of the union, Dr Biodun Ogunyemi, made the announcement, at a meeting of the National Executive Council (NEC) of ASUU shutting down all academic activities in all institutions nationwide.

This has led to a total shutdown academic activities in all institutions nationwide.

The last conciliation meeting with the striking lecturers was held on September 8, 2017 when ASUU promised to bring the decisions of its members on the new offers from the FG to the minister of labour.

The Minister of Labour, Chris Nigige before the meeting said he hopes that the meeting will put finishing touches to the grey areas, and the strike called off.