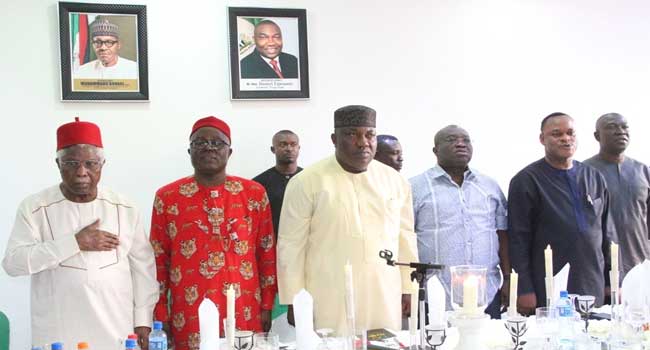 Leaders of the Peoples Democratic Party in the South East have said they fully support the decision to zone the party’s slot for the 2019 Presidential election to the North and reserve the spot for National Chairman to the South.

The Chairman of the party in the South East, Mr Austin Umahi, made this known after a closed-door meeting with other party leaders in the zone.

During the meeting, governors from the party, National Assembly members, and the chairman were mandated to liaise with other zones to reach an understanding in respect of the next national chairman of the party.

Other resolutions include support for party’s candidate for the Anambra State governorship election and the unity of the country.