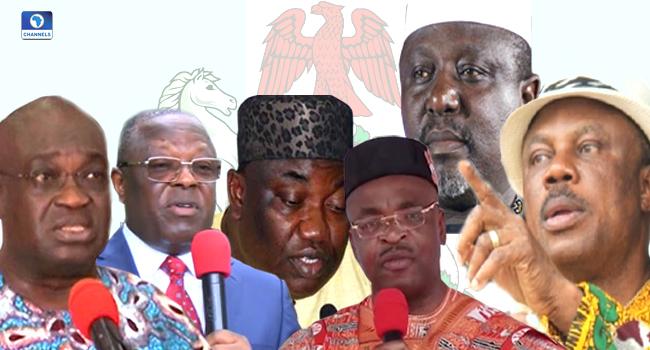 Governors for the South South and South East under the aegis of the South-South South-East Governors forum on Sunday night met in Owerri, the Imo state capital expressing worry over growing agitations in the country.

The governors during the meeting which lasted till midnight back Nigeria’s indivisibility status and deliberate on what will foster unity and development in the region.

The chairman of the forum, Akwa Ibom State Governor Emmanuel Udom said the forum is concerned by the calls for a breakaway by some leaders adding that it is a worrying development.

“This forum is also concerned with the voices that are calling for self determination from some sections of our dear country. We are worried about the state of the nation which has given rise to growing agitations from all over the country. From the North to the South, East and West.

“Also of concern are the issues of justice, fairness, and equity which many believe are in deficit in our country,” he said.

Udom also said the forum irrespective of political differences have come together chat a new course that will foster economic interest and integration for the region and member states.

Governors To Meet Over Rape, NCDC Bill, Other Issues