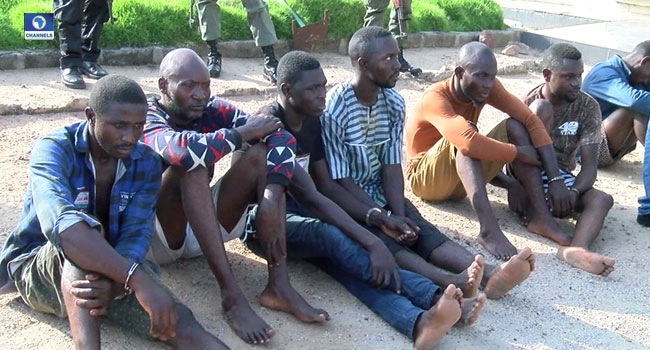 The police in Kogi State has paraded about 20 suspected criminals for various criminal offences.

Among the suspects are two policemen, Corporal Suleiman Isiaka, Corporal Ibrahim James and one naval officer, Bature Habila who were arrested for kidnapping and armed robbery.

The new Commissioner of Police Mr Ali Janga while parading the suspects at the Headquaters in Lokoja, said the suspects were arrested in various location in the state, while some of them, including the policemen and naval officer were arrested for armed robbery and kidnapping.

He said the policemen have been dismissed immediately.

“They are ex-policemen and naval personnel. They were arrested for kidnapping and armed robbery. We have tried them and we have dismissed them. They are facing the court as soon as soon as investigation is concluded.”

READ ALSO: Teenager, Others Arraigned Over Vandalisation Of Transformer Cables

One of the arrested policemen, former Corpral Isiaka explained how his colleague summoned him to engage in the kidnap while he attributed it to the work of the devil.

The arrested naval officer, Habila however denied knowledge of the crime, noting that he was framed up.

Some of the items recovered from the suspects include four AK 47, two beratal pistle, three pump automatic action ammunition, caterages and one smoke pistle, among others. 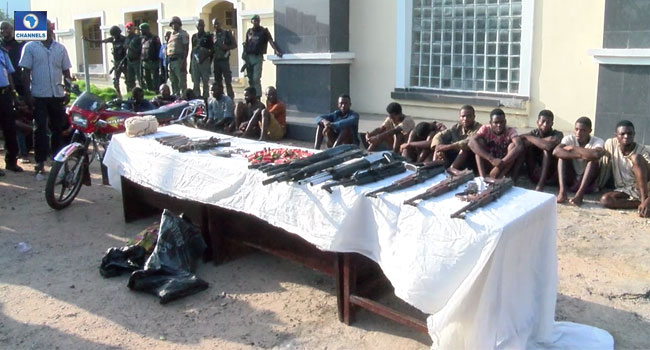