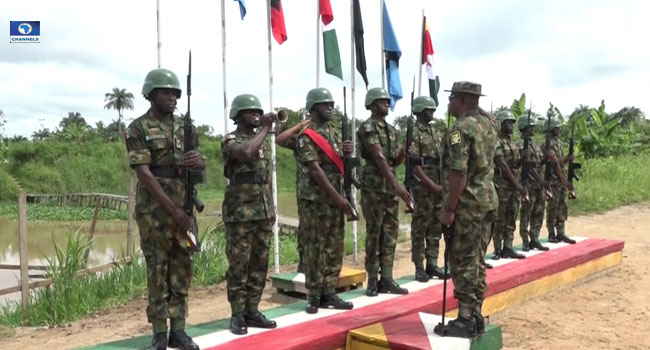 The GOC said this after the flag off exercise of the Operation Crocodile Smile II in Calabar, the Cross River State Capital.

The Operation according to the military is aimed at tackling armed banditry, militancy, oil pipeline vandalism, illegal oil bunkering, cultism, kidnapping amongst other vices threatening the security of the region.

Carrying out the exercise at the Coastal area of Cross River State from Ikang to Calabar,  the GOC said the riverine patrol will go a long way to combating criminal tendencies that might arise in the state.

“Crocodile Smile cut across three or four divisions. What we have done on the land is what we are doing again. We have conducted an aggressive control of the Coastal area of Cross River State. What the soldiers are doing is to protect our coastal areas with the Navy,” Abubakar said.