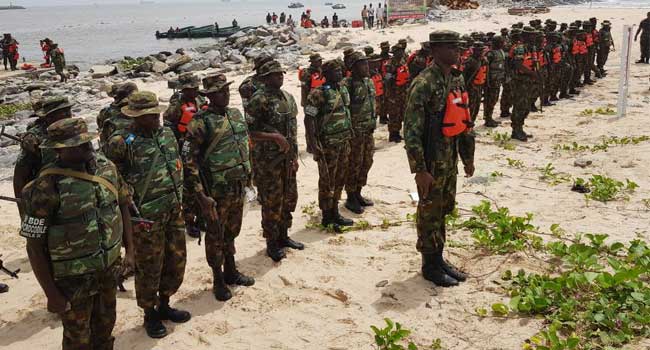 The Nigerian Army on Friday commenced operation Crocodile Smile II in the South-west and Niger Delta region of the country.

The Exercise according to the military will span 3 Divisions of the Nigerian Army (2, 6 and 81 Divisions) and is in line with the 2017 Training Directives which aims at training troops in the conduct of Internal Security Operations in aid of Civil Authorities across the various formations’ areas of responsibilities, based on Constitutional provisions.

General Officer Commanding, 2 Division, Ibadan, Major General Chukwunedum Abraham during the flag off of the exercise in Sapele charged the troops to be of good conduct throughout the period of the operations.

Abraham who also represented the Chief of Army Staff allayed the fears of Nigerians over rumors of immunisation being conducted by the Nigerian army for school children in the South South and South Eastern regions of the country.