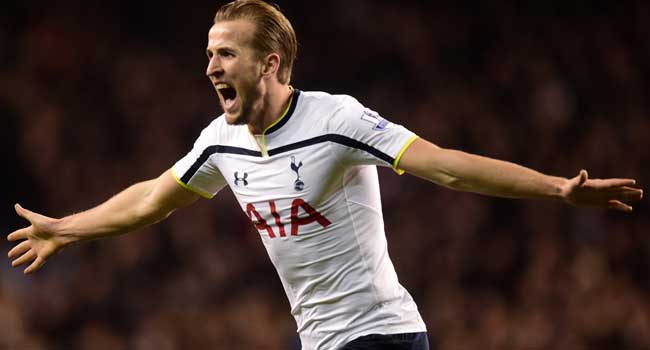 It would take a world record 250 million euro ($294 million) fee to land the on-fire Harry Kane from Tottenham Hotspur according to Real Madrid president Florentino Perez.

The English striker’s 13 goals in 12 games this season has sparked rumours he could be the latest star to swap Spurs for Spain following in the footsteps of Luka Modric and Gareth Bale.

However, having had his fingers burned in paying a then world record 100 million euros for Bale in 2013, Perez is wary of trying to negotiate with Tottenham chairman Daniel Levy.

“I think he is a magnificent player and, moreover, he is young with many years ahead of him to progress,” Perez told Spanish radio station Cadena Cope after attending FIFA’s annual awards.

And Perez believes Levy’s reputation for delaying moves until late in the transfer window to get the best possible deal means he would want more than the 222 million euros Paris Saint-Germain paid to snatch Neymar from Barcelona in August.

“We have made friends with Tottenham over the time it took to sign Luka Modric and Gareth Bale as with the two of them we ended up signing them on the final day of the window.

Madrid’s feat in retaining the Champions League was rewarded on Monday as Cristiano Ronaldo won FIFA’s “The Best” player for the second straight year, whilst Zinedine Zidane picked up the best coach award and four other Real players – Marcelo, Sergio Ramos, Toni Kroos and Modric – joined Ronaldo in the team of the year.

However, the European champions were unable to get the better of Kane’s Spurs in a 1-1 Champions League draw at the Santiago Bernabeu last week.

And Kane will have another chance to show Madrid what they are missing when the sides meet again on November 1 at Wembley with top spot in Group H at stake.

Hazard Calls It Quits With Belgium, Says Succession Is Ready

‘Proud Of Him’: English Teammates Defend Maguire After Error Show