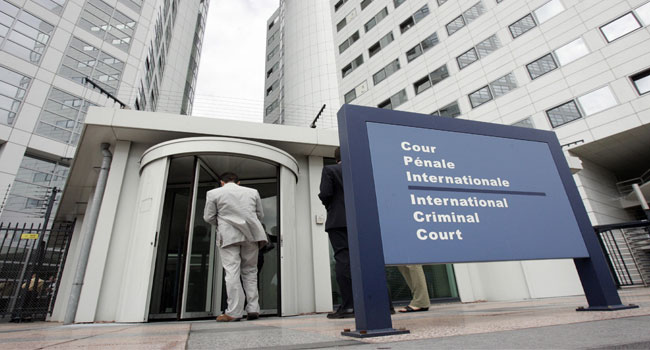 Burundi on Friday became the first ever nation to leave the International Criminal Court, set up some 15 years ago to prosecute those behind the world’s worst atrocities.

The move comes exactly a year after Bujumbura officially notified the United Nations that it was quitting the world’s only permanent war crimes tribunal, in what was seen as a major blow to international justice.

“The decision to withdraw Burundi from the Rome Statute comes at a time when the machine continues to kill with impunity in Burundi,” said Lambert Nigarura, president of the Burundi coalition for the ICC.

“Today, Burundian justice, as it is so-called, has lost contact with life. It has become a mere tool of repression of any dissenting voice,” he added in a statement.

But ICC officials said a preliminary probe launched by the prosecutor in April 2016 into possible crimes against humanity in the central African nation would continue.

“Burundi’s withdrawal does not affect the jurisdiction of the court with respect to crimes alleged to have been committed during the time it was a state party, namely up until 27 October 2017,” the spokesperson told AFP.

The initial probe was started by ICC chief prosecutor Fatou Bensouda following reports of “killing, imprisonment, torture, rape and other forms of sexual violence, as well as cases of enforced disappearances.”

The reports came amid a violent political crisis triggered when President Pierre Nkurunziza ran for a third term in office, winning July 2015 elections which were boycotted by the opposition.

UN investigators last month urged the ICC to move forwards and open a full scale investigation saying they had “reasonable grounds to believe that crimes against humanity have been committed” in “a systematic attack against the civilian population”.

Overall, the violence in Burundi has claimed between 500 and 2,000 lives, according to differing tolls provided by the UN or NGOs and more than 400,000 Burundians have fled abroad.

Set up in 2002, the ICC based in The Hague has often come under fire from some countries who claim it is unfairly targeting African nations.

The ICC now has 123 member states who have ratified the 1998 Rome Statute, the guidelines which underpin the work of the tribunal.

But Burundi’s snub triggered a wave of copy-cat moves from other African countries.

South Africa and Gambia said they would both follow suit, before then later reversing their decisions. And Kenya and Uganda have also threatened to leave, but not acted on it yet.

Zambia meanwhile has held public consultations, with an overwhelming 93 percent of those who participated opting to stay within the court.

Pope Says Worst Of COVID-19 Is Over, Vatican Clear Of Cases

Burundi To Vote In Tense Poll Amid COVID-19 Pandemic