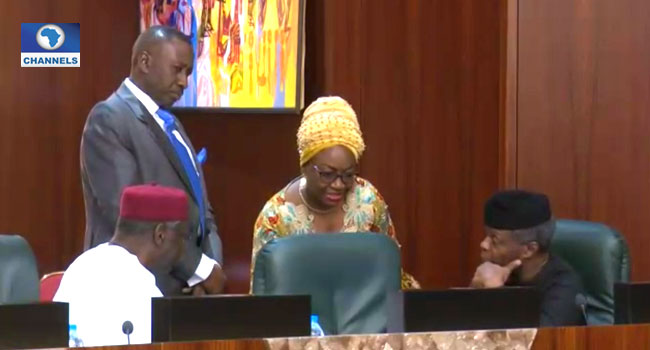 A heated discussion was observed on Wednesday between two of President Muhammadu Buhari’s aides before the Federal Executive Council meeting commenced.

The argument occurred between the Chief of Staff to the President, Mr Abba Kyari; and the Head of the Civil Service of the Federation, Winifred Oyo-Ita, who appeared angry as she explained a point to the Vice President, Professor Yemi Osinbajo.

The hot exchange seemed to be a fallout of the leaked memo from Mrs Oyo-Ita to the Office of the Chief of Staff to the President on the embattled former pension boss, Abdulrasheed Maina, warning of the implication of reinstating Mr Maina into the civil service.

According to the leaked memo, titled, “Re: Abdulrasheed Abdullahi Maina,” and obtained by Punch, Oyo-Ita claimed she had met President Buhari on October 11 and warned against reinstating Maina into to the service.

“Please, note that the OHCSF was never in agreement with the reinstatement and consequently never conveyed the approval of the FCPC to Mr A. A. Maina, nor approved his posting to the Ministry of Interior or any other MDA.

“Rather, I sought audience with His Excellency, Mr President on Wednesday, 11th October 2017 after the FEC meeting where I briefed His Excellency verbally on the wide-ranging implications of the reinstatement of Mr A. A. Maina, especially the damaging impact on the anti-corruption stance of this administration,” the memo said. 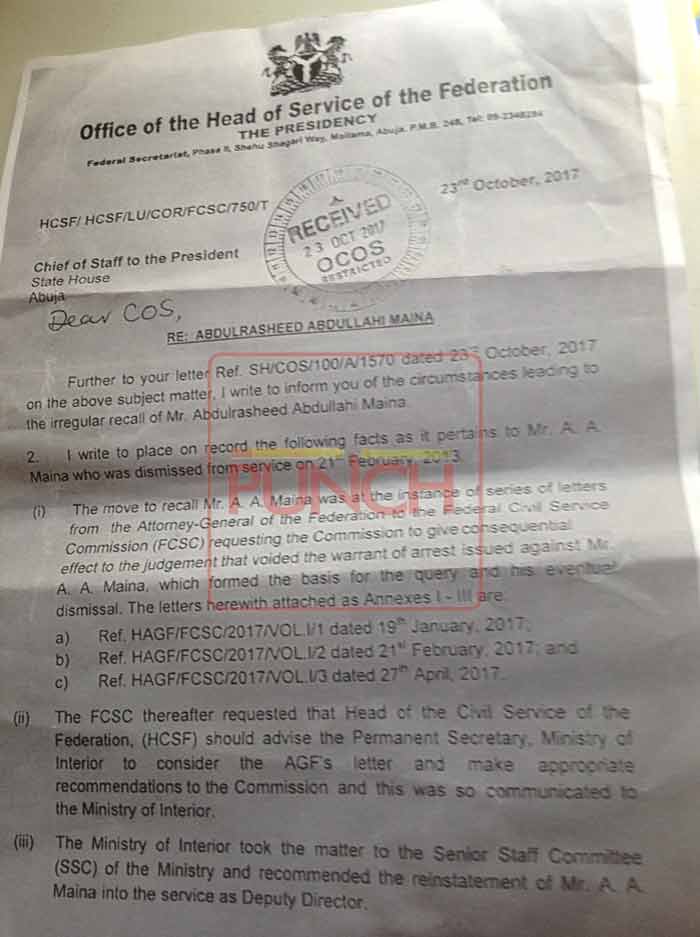 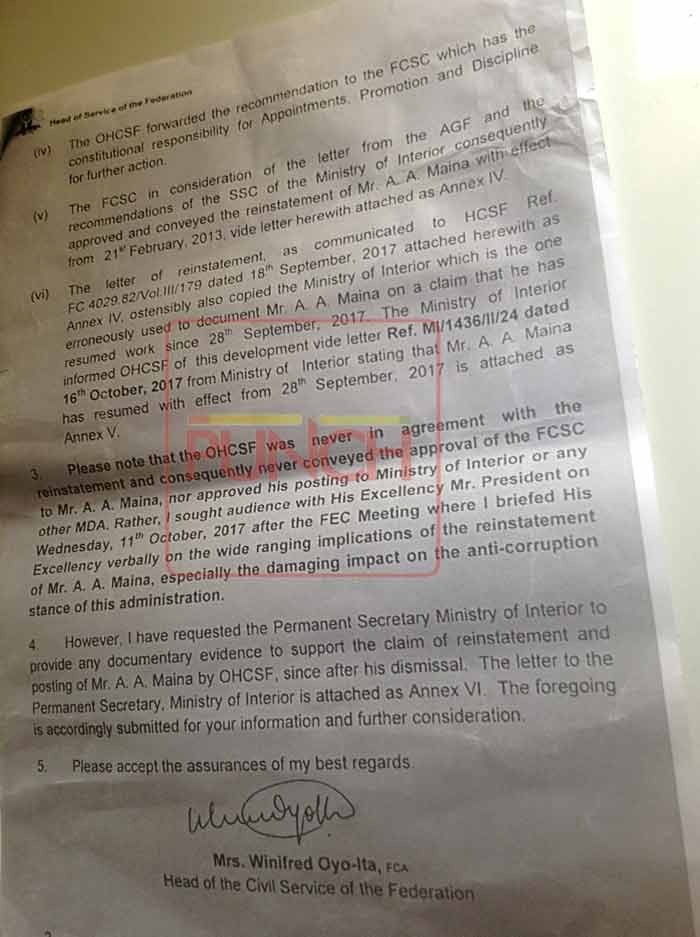 Consequently, Special Adviser to the President on Media and Publicity, Mr Femi Adesina, reacted to the leaked memo on Wednesday in a phone interview on Channels Television’s Politics Today.

Mr Adesina said although he had not confirmed if the meeting truly held between President Buhari and Oyo-Ita, he would not make any comment until the HoS acknowledged that the memo came from her office.

“Let her authenticate what is in the public domain that it really came from her. When she owns that memo supposedly written by her, then we’ll take it from there,” he said.

Maina Is Healthy And Fit For Trial, Medical Report Reveals