‘You Must Testify,’ Court Tells Dasuki 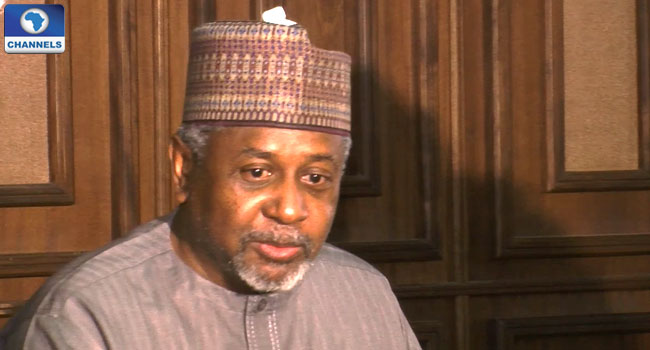 Justice Okon Abang said the former NSA will take the stand and testify because by the court’s action it is only obeying the ruling of the appeal court which ordered it to make an order of subpoena to the DSS for the former NSA to testify.

He said granting the application will go against the decision of the apellate court and because he is not a party to the suit, he cannot make application for an adjournment.

The justice of the case he says demands that the court dismiss the application for lacking in merit.

Justice Abang, after dismissing the application, ordered Dasuki to enter the witness box and testify.

It will be recalled that the DSS earlier today, November 1, produced Dasuki, in court in compliance with an order of the Federal High Court in Abuja, that the ex-NSA should appear as a witness in the ongoing trial of Metuh.