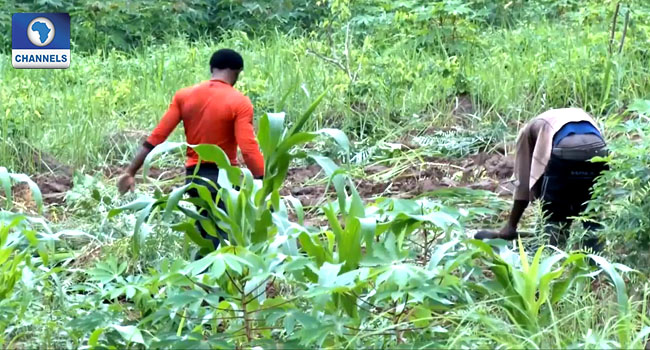 The Abia State Government has formally sworn in a project management team of the Central Bank of Nigeria (CBN) Accelerated Agricultural scheme, as part of efforts to boost food production and provide 10,000 jobs for Abia youths.

At the inauguration of the committee at the Ministry of Agriculture Headquarters Umuahia, the Permanent Secretary of the Ministry, Uzoamaka Ikonne, said it was the governor’s directive and in line with the CBN requirement for the programme.

According to her, the state government is ready to implement the scheme in the state and expressed hope that the success of the scheme will help curb youth restiveness.

“As a state, we have shown readiness to buy into the CBN programme, because agriculture is one of the main pillars of development of the Governor Ikpeazu administration.

“I want you to know that this government has taken concrete steps to procure farming equipment and delve into novel areas of agriculture like mushroom farming aim to boost agriculture development”.

The chairman of the project management team, Uzor Azubuike, in his remarks, explained that the state is set to implement the scheme as it can boast of enough hectares of land to accommodate the scheme.

“I want to thank Governor Ikpeazu for his interest in the welfare of the people and the agricultural sector, as well as the CBN for its relentless effort in opening various windows of opportunities to assist Nigerians especially the youths”.