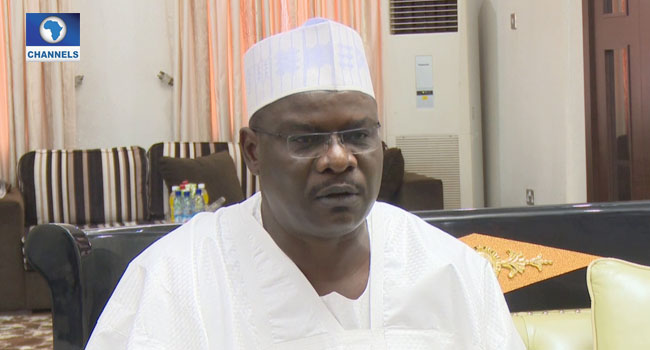 The Senate has agreed that its former Majority Leader, Senator Ali Ndume can resume duties on Wednesday, November 15th.

The Borno, All Progressives Congress (APC) Senator was placed on suspension, ninety days ago, following the recommendation of the ethics and privileges committee of the Senate headed by Samuel Anyanwu.

It will be recalled that Senator Ndume was suspended on March 30 after he drew the attention of the Senate’s leadership to some reports in the media where it was alleged that the Senate’s invitation of the Comptroller General of Customs, Hameed Ali, was in respect of the seizure of a vehicle imported for Senator Saraki with forged papers.

The reports had also claimed that the Customs boss was summoned by the lawmakers in connection to the controversy over Senator Dino Melaye’s educational qualifications.

Also, a Federal High Court Sitting in Abuja, on Friday, November 10, voided the suspension of Senator Ali Ndume and ordered the Senate to reinstate him.

However, the Deputy Senate President, Ike Ekweremadu during the Senate sitting on Tuesday, November 14 says Senator Ndume was recalled without prejudice to the current court processes.