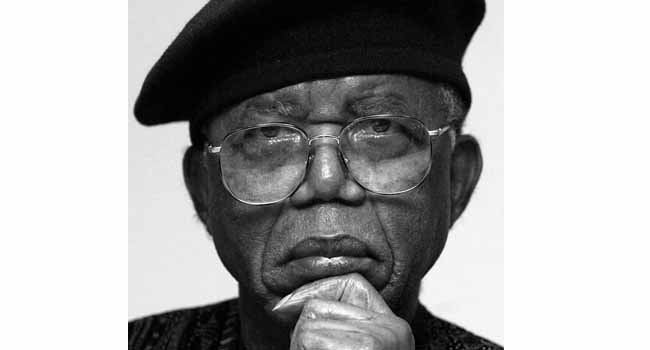 Lovers of literature and the world at large are celebrating one of Africa’s greatest storytellers, Chinua Achebe, who would have been 87 on November 16.

While the literary Icon passed in 2013, his works and the impact he had on African storytelling still linger.

Also in honour of him today, technology giant – Google, changed its logo to a doodle, portraying him.

Here are some memorable dates in his life.

1930: He was born and named Albert Chinụalụmọgụ Achebe

1936: Achebe entered St Philips’ Central School and was immediately promoted to a higher class when the school’s chaplain took note of his intelligence.

1944: Achebe sat for entrance examinations and was accepted at both the prestigious Dennis Memorial Grammar School in Onitsha and the even more prestigious Government Collegein Umuahia.

1948: Owing to his brilliance, Achebe was admitted as a Major Scholar in the first intake of the then, University College, now University of Ibadan and given a bursary to study medicine.

It was during his studies at Ibadan that Achebe began to become critical of European literature about Africa.

Subsequently, he abandoned the study of medicine and changed to English, history, and theology. However, because he switched his field, he lost the scholarship and had to pay tuition fees.

1950: Achebe wrote a piece for the University Herald entitled “Polar Undergraduate” – his debut as an author. It used irony and humour to celebrate the intellectual vigour of his classmates.

1956: Achebe was selected at the Staff School run by the British Broadcasting Corporation (BBC). His first trip outside Nigeria was an opportunity to advance his technical production skills, and to solicit feedback on his novel.

1958: His first and one of his most popular novels, “Things Fall Apart” was published. In the same year, he met his wife, Christiana Chinwe, whom he married in 1961.

1987: His last was “Anthills of Savannah” was published.

Achebe was also involved in politics in the era when the region of Biafra broke away from Nigeria. He became a supporter of Biafran independence and acted as an ambassador for the people of the new nation.

Crisis In Burkina Faso Army As Gunshots Heard Near Presidency