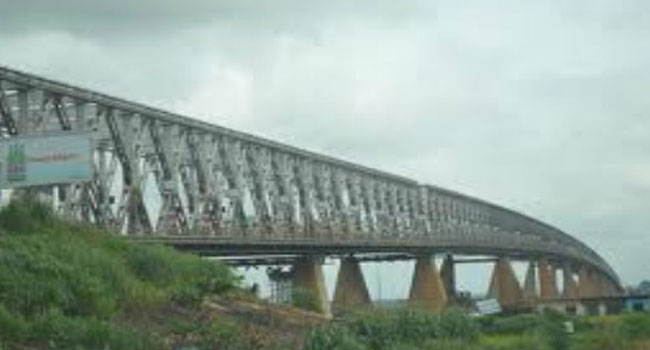 Ahead of the Anambra gubernatorial elections set to hold tomorrow, Police in Delta state have announced total closure Niger bridge beefing up security at the Asaba end of the Niger Bridge.

The beefed up security include a stop and search exercise by the police to prevent criminally minded people who may want to cause mayhem during the elections to infiltrate the neighboring state, Anambra.

The commissioner of police in the state, Mr Zanna Ibrahim, in a statement by the Public Relations Officer, Andrew Aniamaka said that restriction will commence from 12 midnight today, November 17 till the elections end.

“Against the backdrop of the forthcoming gubernatorial elections in Anambra state slated for Saturday, November 18, 2017, and the need to prevent security breach around the Niger bridge linking Asaba, Delta state to Onitsha, Anambra state, the commissioner of police in Delta State, Zanna Ibrahim has ordered the restriction of vehicular movements through the Niger bridge with effect from 12 mid-night  Friday, 17th November, 2017 till after the elections.”

The Commissioner of Police notes that only those on official and emergency duties with genuine means of identification will be allowed passage during the period of the restriction order.

Ibrahim said commuters, especially those traveling to the South-East and South-South States should take alternative routes or make do with other contingency plans as the restriction order is in the overall interest of public well-being and safety.

The popular Niger bridge connects the Southeastern Nigeria with Western Nigeria over the River Niger linking Asaba in Delta state.

Since its construction in December 1965, it has proven to become relevant to the growth of the Nigerian economy, serving as a means to ease transportation, fostering trade and investment.

Ahead of tomorrow’s gubernatorial elections in Anambra state, the Delta State police command had announced the closure of the bridge in order to prevent any security breach around the Niger Bridge linking Asaba, Delta state to Onitsha, Anambra State.