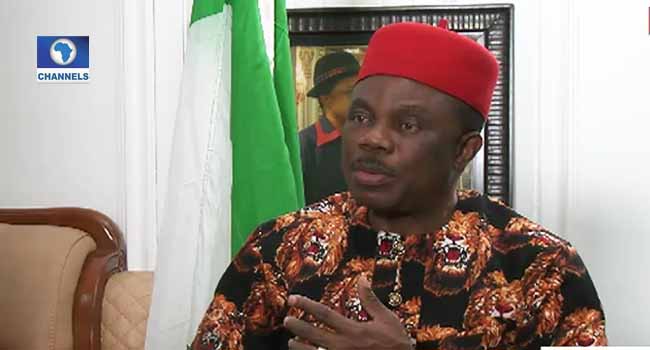 The Governor of Anambra State, Willie Obiano, has expressed confidence that his party – the All Progressives Grand Alliance (APGA), will win elections in other South- East states.

He said this in an interview with Channels Television in Anambra State, shortly after he was declared the winner of the governorship election on Sunday, November 19.

In response to the fact that he is the only governor form APGA, he said he was not under any pressure whatsoever rather, his re-election would have a ripple effect in helping the party gain more prominence across the rest of the South-East.

“This victory will have a permanganate effect on the south-east. We are going to win all the states in the South-East.

“Nobody has won 21 over 21. We scored 100% – it was a full endorsement by the people, I was returned unopposed and it hasn’t happened in history despite all the campaign of calumny by funny people all over the place.

“The same thing will happen there and we will do like the Yoruba’s did. They started from Lagos – AD – won some of the states in the west, now formed a block to be able to negotiate with the centre.

“That is our strategy and we can achieve that with ease,” he added.

Speaking about what his administration is set to do in its second term, Obiano stressed that his focus would be on expanding the scope of investments in the state.

According to him, Anambra state has become one of the easiest places to make investments in, therefore, his focus would be to encourage more indigenes from across the world to come in and make investments.

“I am emphasizing that this is the time to come home and invest. By the way, we have reduced our challenges on investment to almost zero. Anambra now is the easiest place to come for investment because you sit in a one-stop investment outfit called ANCIPA, headed by many bankers and you get things sorted out in an hour or two.”

I Prophesied Obiano Will Win By A Landslide – APGA Chairman