It’s Death If You Are Caught, Fayose Warns Cultists 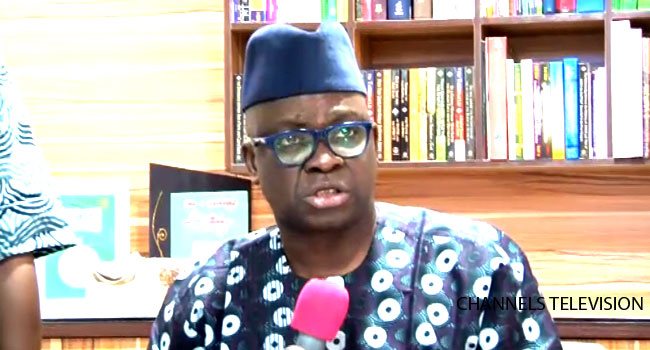 Ekiti State Governor, Ayodele Fayose, has re-echoed his warning to people of the state against engaging in criminal activities, especially cultism.

The governor gave the warning on Monday when he signed into law a bill prohibiting secret cults and terrorism, as well as proscribing death sentence on anyone caught in the act.

While appending his signature to the bill at the Government House in Ado Ekiti, the state capital, he said it was now death sentence for anyone caught in the act of cultism.

In a bid to strengthen security in Ekiti, Governor Fayose said his administration remained committed to combating terrorism across tertiary institutions in the state.

He also hinted that life imprisonment awaits anyone who encourages the setting up of secret cult meetings or activities, especially in places such nightclubs, hotels, and any other part of the state.

“Sponsoring cult activities; this Section (51) of the Principal Law is hereby amended by the deletion of the word ‘seven years without an option of fine’, and substituted with the word ‘life. We want to make it very clear that cultism in our state, in our tertiary institution, will not be tolerated.

“And we will fight it, by all means, to ensure that the lives and properties of other students, people and neighbours, and our state in general, is at peace,” the governor said.

The bill was enacted following the death of two students of the Ekiti State University who were reportedly murdered by suspected cultists in October.

Wadume, Five Others Arraigned For Murder And Kidnapping