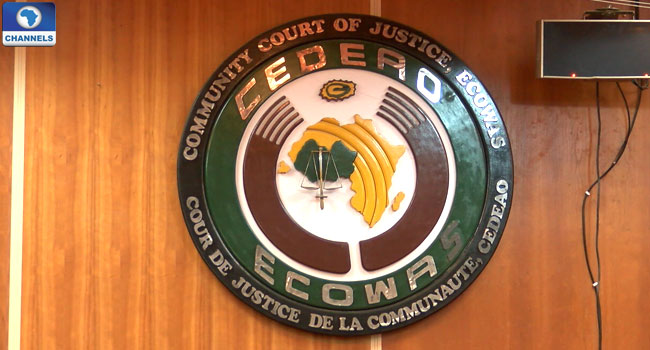 The ECOWAS Court has ordered the Federal Republic of Nigeria to pay N30million as compensation to the named dependents of a commercial driver, David Legbara.

Late Legbara was killed by security agents of the government two years ago for refusing to give bribes demanded by the agents.

The court, however, awarded the penalty against the government on Monday while delivering judgement in suit no ECW/CCJ/APP/38/15 brought by the son and two wives, as well as the sister and brother of the deceased.

According to the ruling, the son who was then a minor, Thankgod Legbara, will get N14million while each of the two wives – Gift and Sira – will get N5million for the violation of the fundamental human rights of the deceased.

The remaining N6million would go to the sister and brother – Mrs Barieenee Tanee and Mr Neyiebari Muele – with each awarded N3million by the court.

Contrary to the preliminary objection of the defendant, a panel of three judges of the ECOWAS Court agreed with the counsel to the plaintiffs, Mr C. Enweluzo, that the court has jurisdiction to hear the case.

The panel presided over by Justice Friday Nwoke also held the Nigerian Government liable for the action of its security agent in the shooting and killing of the deceased on August 7, 2015, in Port Harcourt, the Rivers State capital.

It further dismissed other claims of the plaintiffs who had asked for compensation in the sum N2billion for the government’s failure to protect the deceased’s right to life and human dignity and another N5billion for funeral expenses in addition to a public apology.

The plaintiffs, had in the suit, characterised the killing of the driver as ‘wrongful, unlawful and a violation of the deceased’s fundamental right to life as enshrined and guaranteed under Article 4 of the African Charter on Human and Peoples Rights.

They said the security agency of the defendant admitted to the incident but had not paid compensation to the family of the deceased as requested in writing through the family’s counsel.

Also on the panel were the President of the Court, Justice Jérôme Traoré, and Justice Yaya Boiro.