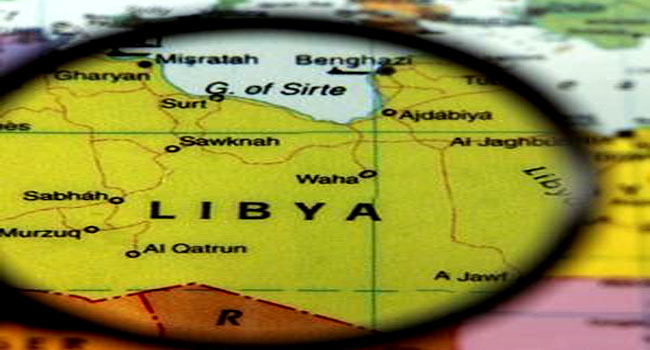 Various African artistes have voiced their reactions to the ongoing slave action in Libya by using the social media to call for an end to it.

A recent CNN viral video had shown migrants being traded in an auction which many narrating others narrating their sad ordeal.

Heart-broken Wizkid in a post on Instagram on Wednesday posted a picture calling for an end to the slave auction while Eldee said Nigerians should reflect on the use of housemaids as slaves.

Ghana’s Shatta Wale, who is also heart broken by the plight of Africans called for prayers for the victims with him campaigning for an end to the slavery.

See reactions of the artists and other concerned individuals below:

..While we’re on the topic of slavery in Libya, I hope we also find time to reflect on the slavery & human trafficking in many of our African homes as well. Those”house-helps” from Benin/Togo whose masters get paid 10k every month to do chores from dusk till dawn. #Slavery

Also, Foreign artists joined voiced with the African artists. International footballer Jerome Boateng of Bayern Munich and Amy Jackson a British actress also expressed surpise at the modern day slavery with a call for an end to it.

Why is the world not in uproar!?! SLAVERY is happening in Libya, RIGHT NOW. In 2017!! My heart is breaking – no race is superior to another. I beg you to spread the word and help these people. We must stop this! pic.twitter.com/yuwT4GpaT0

Can’t believe this is still happening in 2017! Stop Slavery in Lybia! We’re better than that! #nomoreslavery #libya pic.twitter.com/wTxKJDoR36

The Federal Government Of Nigeria In Collaboration With IOM (International Organization Of Migration) Have Been Working Together In Facilitating The Return Of Nigerian Migrants In #Libya.
Reporting: @NikkiLaoye #LibyaSlaveTrade #SayNoToSlavery pic.twitter.com/TZ5kr43pal