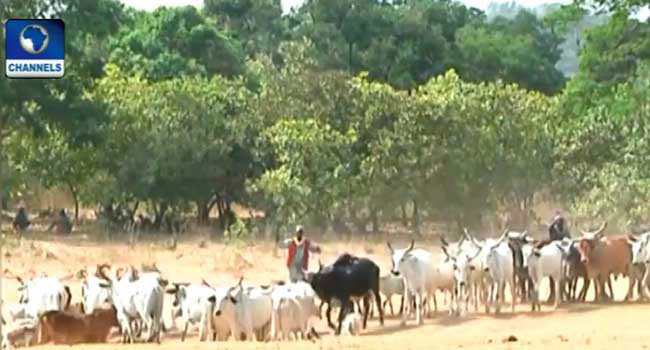 A Primate of the Anglican Communion, Most Reverend Nicholas Okoh has condemned the killing of at least four policemen by suspected herdsmen at Numan village in Adamawa state.

Most Reverend Okoh said Nigerians should embrace peace and unity irrespective of their religious or political leanings.

Speaking on Saturday concerning the attack, he said farmers and herdsmen need to be enlightened because Nigeria needs every individual in the country to build a stronger country.

He also said the Federal Government should come up with measures to reduce communal and religious crisis in the country.

The attack according to sources started at about 9:00 am and lasted till 1:00 pm leaving the people with no alternative but to evacuate the town.

Numan, the administrative headquarters of Numan local government Council is a shadow of itself as residents have vacated the town for fear of an alleged reprisal attacks by suspected Fulani herdsmen

Local residents who spoke with Channels Television said there had been  sustained gunfire involving suspected Fulani gunmen and members of the Police Force causing panic and mass exodus of residents of the area.

He explains that the attackers were above 60 in number and well-armed that the army had to use RPG to subdue them.

At the Numan General Hospital where the body of the policemen killed during the attack were deposited, the Chief Nursing Officer Pwagwadi Nzadeino said four corpses were deposited in their morgue but one was later taken away.

The Adamawa State government in response describes the killings as unfortunate while the Governor Mohammed Jibrilla had since summoned a security meeting.