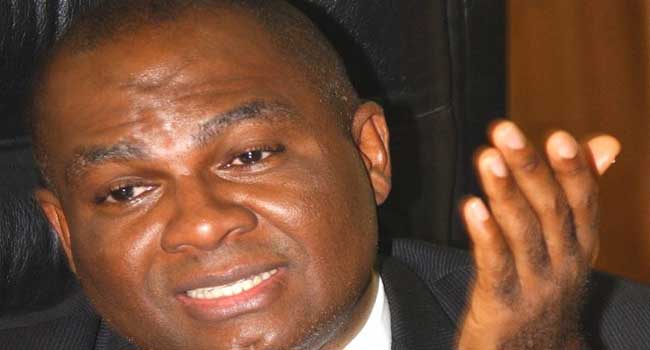 A Federal High Court Sitting in Lagos has issued a bench warrant for the arrest of a former governor of Enugu State, Chimaroke Nnamani.

Presiding Justice Chuka Obiozor made the order of arrest following the failure of the former governor’s lawyer, to give any reasonable evidence as to why his client was absent in court.

Nnamani is currently charged with an alleged fraud of N4.5billion.

Nnamani’s lawyer had told the court that the former governor had undergone a heart surgery in the United States and this was responsible for his absence but the prosecution said the photographs brought by the lawyer as proof had been taken in 2014.

The former governor was to be re-arraigned before the court by the Economic and Financial Crimes Commission (EFCC) for alleged money laundering of N4.5 billion an offense said to have been committed during his tenure as Governor of Enugu State between 1999 and 2007.

This move to re-arraign the former Governor is coming 10 years after he was first arraigned alongside his aide, Sunday Anyaogu, and six firms.

He was re-arraigned on a 105-count charge of money laundering and economic crimes to the tune of N4.5 billion.

The case was finally re-assigned to Justice Chuka Obiozor.