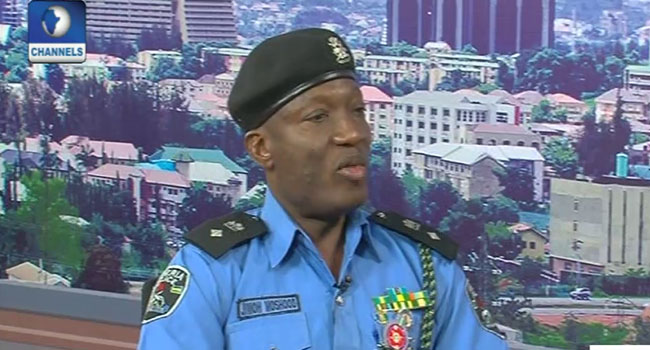 The Police Public Relation officer, Jimoh Moshood has told Nigerians to be wary of their use of social media saying the #EndSARS was started by someone with an ulterior motive.

The Police spokesperson said this on Tuesday, when he appeared as a guest on Channels Television Breakfast programme, Sunrise Daily.

He said the social media is very porous and Nigerian users should be cautious in joining in an outcry.

“Somebody who has an ulterior motive put up the hashtag and said End SARS now. Nigerians should be mindful because the social media is very porous. What is the cause of the outcry in the first place?

“This was why the IGP was concerned about the cause of the outcry. People should be mindful of the intention of the person that put up the hashtag that people are falling into it,” he said.

Moshood also said the Special Anti-robbery Squad (SARS) has been in operation for over 40 years and those calling for a scrap of the squad should disabuse their minds as they are performing their duties well.

He said, “The Special Anti-robbery Squad of the Nigerian Police Force no doubt are doing very well. The rate of robbery across the country has gone down.

“We want people to disabuse their minds that SARS should be ended because this outfit is a department of the Nigerian police and it has been there for over 40 years and they have been doing their best since those years.”

Speaking concerning the complaints and allegations by some social media users of being brutalised by SARS, the Police spokesperson said Nigerians should report complains about the operations of not only SARS but other police personnel saying there is infraction everywhere.

“We are not saying there is no infraction. If there are infraction not only in SARS personnel, even other conventional policemen that carry out other responsibility, people should report to us and it will be addressed.

The Inspector General of Police, Ibrahim Idris according to the spokesperson is concerned by all these allegations and this is why he has directed that those allegations be investigated.

Idris in a statement on Monday directed immediate re-organisation of SARS operation nationwide and this according to Moshood is already been implemented.

Over 42 Suspected Cultists Nabbed During Initiation In Calabar

Do You Know Which Countries Have Reported The Chinese Coronavirus?