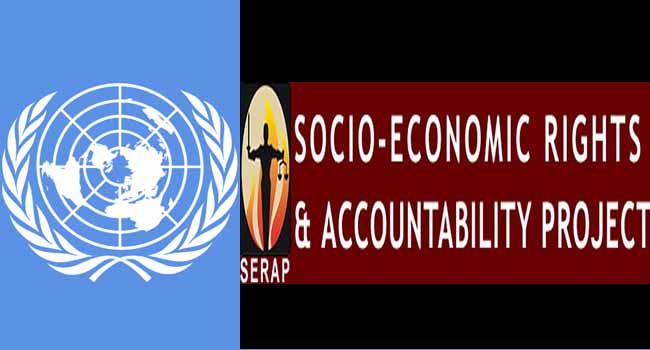 Socio-Economic Rights and Accountability Project (SERAP) has sent an urgent appeal to the United Nations over the alleged detention of a human rights defender and a project tracking official at BudgIT Nigeria, Moses Motoni.

SERAP in a statement on Wednesday said they petitioned four UN special rapporteurs drawing their attention to “the arbitrary arrest and detention of anti-corruption defender Moses Motoni, and urging them to use their “mandates to prevail on the Nigerian government and Nigeria police to immediately and unconditionally release him.”

SERAP in the statement which was signed by its deputy director Timothy Adewale on Wednesday said, “We are seriously concerned that Mr Motoni is at risk of ill-treatment in detention. We consider his arrest and detention to be arbitrary, in contravention of Nigerian Constitution of 1999 (as amended) and Nigeria’s international and regional human rights obligations including the International Covenant on Civil and Political Rights, the African Charter on Human and Peoples’ Rights, and UN Convention against Torture and Other Cruel, Inhuman or Degrading Treatment or Punishment. Nigeria has ratified these human rights treaties.”

SERAP also expresses concern that Motoni’s arrest may have been undertaken in response to his exercise of his rights as a human rights and anti-corruption defender.

“Mr Motoni is a human rights and anti-corruption defender who has peacefully exercised his right to freedom of expression to advocate for the rights of others and sensitise the citizens on budgets. According to our information, Moses Motoni, a project tracking official at BudgIT Nigeria, one of Nigeria’s leading anti-corruption NGOs is currently in the detention of the Special Anti-Robbery Squad (SARS) for an offence not known to him.

“Motoni has so far been denied bail and is being held in incommunicado detention, as the police have barred anyone from seeing him by ordering officers at the security post to either send away or detain anybody who came looking for him,” SERAP said in the statement.

Terrorists Ambush Troops In Zamfara, Kill One Soldier, Injure Others

Youths See Me As Better Alternative To Other Presidential Candidates – Sowore