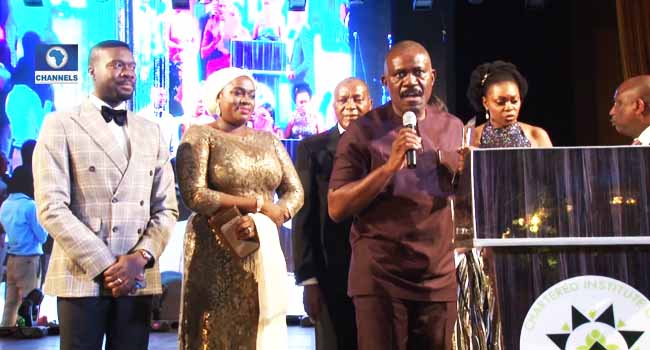 Channels Television has been given a special recognition by the Chartered Institute of Personnel Management of Nigeria (CIPM) with an award in the talent retention category.

The Assistant General Manager of Operations, Kingsley Uranta who received the award alongside the Head of Human Resources, Lolade Momodu, thanked CIPM and promised that the organisation will work harder in human resource management as well professional journalism.

The award comes barely 48 hours after the station received the Nigerian Media Merit Award (NMMA) for Best Television Station of the Year for a record 12th time.

Starting with its first win in 2000, Channels Television, which has an audience of more than 20 million people, has received recognition domestically and globally for its programming, dominating the NMMA.

TVC’s Lijadu Ajoke Fumilola was named Television Reporter Of The Year for her report on child labour, while her colleague, Viviene Irikefe, the runner-up with her report on malnutrition in children.

Mary Abayomi Fatile of Radio Nigeria emerged Radio Reporter of the Year with Abiola Aberuagba of Ray Power 100.5fm emerging as the Radio Presenter of the Year.

Still, in the radio category, Ray Power FM claimed the NBC Prize for Radio Station of the Year.

In the print category, Gbenga Omotosho of The Nation beat Martin Ayankola of The PUNCH and Eze Anaba of Vanguard to win the Dele Giwa Prize For Editor Of The Year.

The PUNCH, however, beat The Nation and Vanguard to win the Babatunde Jose Prize For Newspaper Of The Year. 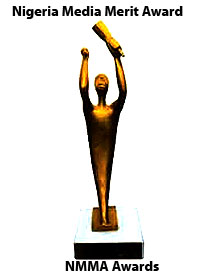 Established as a trust in 1990, the NMMA promotes excellence in the Nigerian media. The award scheme is governed by a Board of Trustees made up of Nigerians who have made their mark in the media industry.

Awards were handed out in more than 30 categories, mostly in the print category.

Elder statesman and Chairman of the NMMA Board of Trustees, Vincent Maduka, challenged media professionals at the ceremony to continue to play their crucial roles effectively.

“The Nigerian media has a great role to play in the emergence of a new nation where corruption and other well-known vices affecting our nation are truly and effectively tackled and resolved in good time for the benefits of our people once again,” he said.