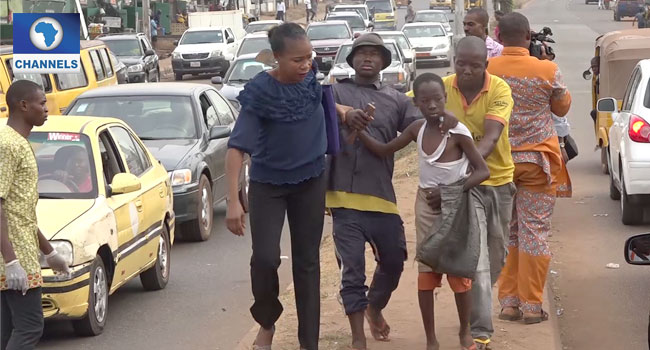 The Enugu State government has pledged wellbeing of street beggars evacuated from various parts of the state.

This is pledge is coming after some beggars were arrested on Monday in various locations by the state government officials.

The action according to the Commissioner for Gender and Social Development Peace Nnaji is aimed at stamping out beggars from the streets in Enugu State, part of the vision of the Governor Ifeanyi Ugwuanyi of empowering them.

She said further that the state government will provide those evacuated with necessary facilities that will ensure their improved living standards.

“We are taking them out of the street to make them learn again. It will interest you to know that the state Governor Ifeanyi Ugwuanyi trained 10 blind people who were able to make arts and crafts using their hands. If blind people can do this, then, any one with challenge can achieve something,” she said

Those evacuated include more of children, people who are physically challenged and some adults, who Nnaji said will be taken to the state rehabilitation facility where they will be properly taken care of.

The children according to her will be catered for under the existing child rights law in the state and treatment plan effected for those with bad health conditions, but those healthy will be encouraged to acquire different vocational skills.