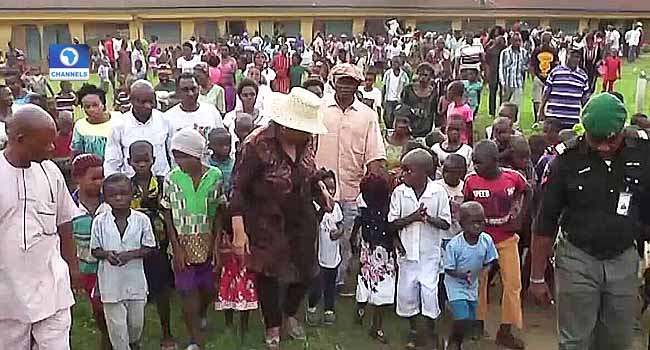 Senator Florence Ita-Giwa has called on Nigerians to remember displaced person in camps across the nation amidst the Christmas and end of year festivities.

She specifically asked Nigerians to reflect on the pains and agony faced by the displaced people of Bakassi who according to her, are presently marking their fifth Christmas celebration as refugees packed up in classrooms.

Senator Ita-Giwa made the call when she visited the IDPs with bags of rice and a cow as part of efforts to alleviate their suffering and help them enjoy the yuletide.

She also used the opportunity to remind the Federal Government of the plights of the refugees who according to her, have been begging to be permanently resettled at Day Spring Island.

“There is this need for me to remind Nigerians that, as all of us are killing our cows and our turkeys and chicken at home and eating and celebrating in the comfort of our aired condition homes that there are people here sleeping on the floor of classrooms, there are children here without clothes and these are children that should be given a future.

“My appeal now in the name of God is that, can Nigeria come back and look at the plights of these people, am hearing about how billions of naira and dollars paid to the IDP camps in North and all that, this is Nigeria as well. 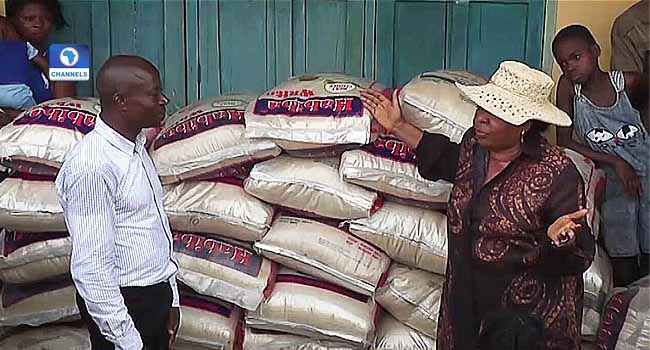 “Some of them should come here so that, we can assist this governor,” she stated.

Ita-Giwa also visited alongside two children whom she had picked among the other displaced ones to train personally and now according to her, they are doing well.

“These children, Williams and Henry, five years ago they were like them and these children are now making me proud. These children have no body, they were running around in this camp and the reason why I took them out was that, they didn’t have father and mother, so I had to take them. Their parents were killed in their presence and today they are doing well.

“I brought them here so that they know where they are coming from, they are all Bakassi children so that they don’t just end life in the comfort of their homes,” she stated.

Over 400,000 Displaced In Northwest Syria In Three Months – UN