New Year Address: Buhari Should Not Be Lamenting About Oil Marketers – Ezekwesili 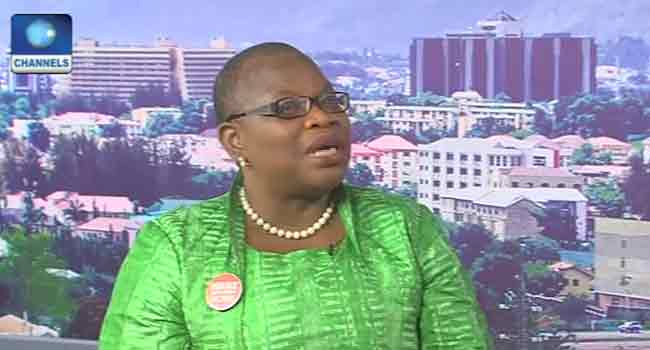 Former Minister of Education, Obiageli Ezekwesili in reaction to President Muhammadu Buhari’s New Year message on Tuesday said the President should not lament about oil marketers but rather own up to the failure of the Petroleum sector.

Ezekwesili while speaking as a guest on Channels Television Breakfast Programme, Sunrise Daily said President Buhari as the head of the Petroleum sector should give room for discussion about reviewing the sector which according to her is no longer an economic sector but a sector replete with political control.

“I come from the premise that the President shouldn’t be lamenting about oil marketers. What is a failure of the governance of the petroleum sector that creates the basis for any conversation about anyone seeking to engage in economic activities in that sector supposedly manipulating.

“What we need in the petroleum sector (which is by the way led by the President) is a conversation on whether the structure of that sector is what we should have. Is that sector an economic sector in the way that it operates? I think that is a sector that is now replete with a lot of political control and that subverting the economics of that sector,” she said.

Ezekwesili said further that the seat of presidency will be made less attractive if a complete overhaul is carried out in the Petroleum sector saying, “I believe that if we do a full deregulation and full liberation, I am telling you the presidency will not be that attractive anymore.”

Speaking on the reduplication and errors in the recent board and agencies appointment by President Buhari, Ezekwesili who is also the former vice president of World bank said some of the agencies need to be shut down as they serves as huge burden on the nation.

“If I look at the list of parastatals and agencies, a mind that understands that having such huge size of public sector weighing down on the possibilities of this country is a no no. One will simply say, if we shut down those bodies that they have appointed people into, what would we miss? That kind of a thought process that says assuming many of those funny parastatals were shut down, what would we miss?”

She also criticised the politics that come into play in agencies appointment stressing that such action is a disservice.

“To begin to think of parastatals and agencies as a means of reward for political activities? That’s a disservice to the poor,” Ezekwesili said.

Amotekun Should Operate Within The Law – Owoseni

#EndSARS: We Are Working With Judicial Panel To Make Ethical Adjustments – Frank Mba

Insecurity: Give Our Military More Time And Support, Buhari Pleads With Nigerians