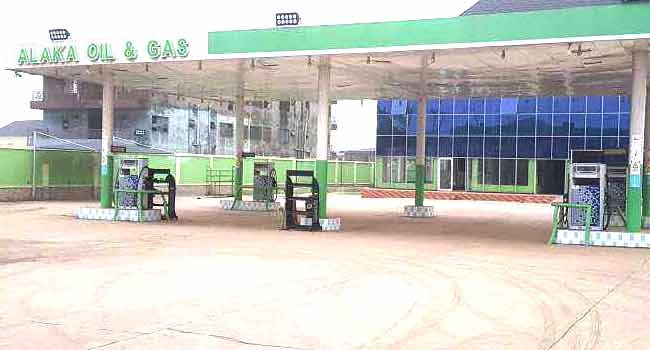 The Lagos State Government has sealed off a filling station, a hotel and an event centre belonging to a suspected Badoo cult kingpin, Alaka Abayomi Kamal.

Commissioner for Information and Strategy in the state, Mr Steve Ayorinde, confirmed this on Wednesday in a statement signed by him.

This comes less than two weeks after the Police declared Alaka wanted for his alleged connection with series of well-orchestrated killings and nefarious activities of the Badoo cult group in Ikorodu and Epe areas of the state.

The structures, situated along Ijebu-Ode-Itoikin Road in Sabo area of Ikorodu were sealed for violating the state’s Urban and Regional Planning Law of 2010.

The state government said the order sealing off the structures was in pursuant to Section 60 of the said law.

Meanwhile, the Commissioner of Police in the state, Mr Imohimi Edgal, had on Tuesday paraded a suspected Badoo kingpin arrested in Ikorodu.

The suspect was said to have confessed to the killings and took the police to their shrine in Imosan, a suburb of Ijebu-Ode in Ogun State, where the group’s chief herbalist, Fatai Adebayo, was arrested.

Adebayo is popularly known as Alese and is said to have specialised in administering oath on Badoo members before they go for any operation.

Reacting to the developments, Ayorinde said: “The Lagos State government is joining the Nigerian Police in asking the said Alaka to come out of hiding and submit himself to the law in his own interest.”

“The state government has also enjoined the police to offer the public a reward for any useful information on the owner of the Alaka filling station, hotel and event centre in Ikorodu,” he added.

The state government has reassured residents of their safety, noting that no stone would be left unturned in keeping the state safe.

PHOTOS: Another Building Collapses In Lagos