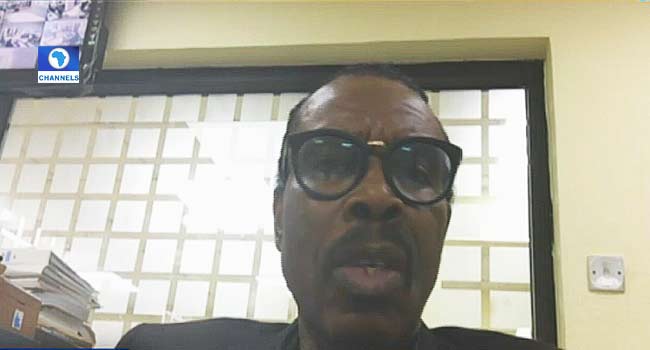 Economist, Mr Bismarck Rewane, has asked the government to come clean on the details of how it has managed the subsidy situation and stop hiding from the truth.

Mr Rewane believes the reality of the situation demands some very creative measures which the subsidy regime might help to resolve, but says the government needs to handle it with transparency.

“It is quite interesting that after two years of seamless supply, all of a sudden there is a shortage. Some say the shortage is contrived some say it is sabotaged, some say its ineptitude of logistics and planning but what is clear is that the parameters that were used on May 15, 2016 when the price of 145 was arrived at, were that the exchange rate was 285.

“The price of oil at that time was about $42 a barrel and the landing cost was at about the same range about 145, now circumstances have changed.

“The exchange rate has been devalued significantly, the price of oil is at $68 a barrel today and therefore, the landing cost cannot be the same.”

He said this when he appeared as a guest on Channels Television’s political program, Politics Today.

Speaking further, Mr Rewane explained that there won’t be any imminent price hike because it would be suicidal.

He said: “The minimum wage was determined in 2019 at N18,000 which was $200 at that time – it is barely $40 today. If you increase the price of petrol which is a subsidized price today, you will be imposing a lot more hardship on the people.

“It is not politically expedient, it is economically intolerable, So what the government has to do is come out clean and say this is the amount of subsidy we are paying – this is how we have to do it because the people have to be carried along, it is not possible at this point in time to have a subsidy-less petrol price because it is so critical – we have to come out clean,” he added.

FG To Make Provision For Subsidy In 2022, Says NNPC Boss