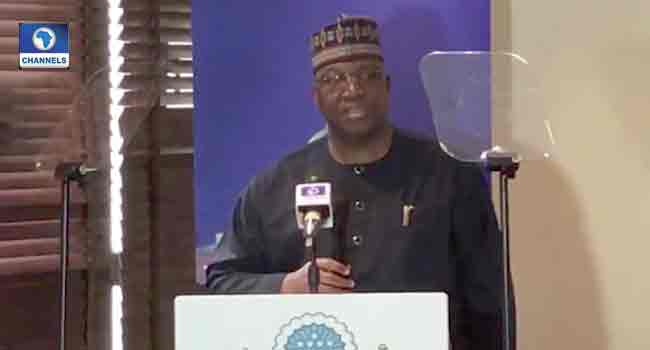 The Chairman of Channels Media Group, Mr John Momoh, has raised concerns about the role of social media and the phenomenon of fake news in the Nigerian media landscape.

Speaking on what the future holds for Nigerian Media, he said creative ideas can be transformed into innovative media products.

Mr Momoh, who is also the Chairman of the Broadcasting Organisations of Nigeria (BON), said this on Friday in Lagos while addressing senior editors at the Nigerian Guild of Editors Retreat held in collaboration with the United States Mission in Nigeria.

“The subject matter at this retreat is so appropriate. What does the future hold for the Nigerian Media? How do we transform creative ideas into innovative media products? How do we leverage International Partnerships for profitability?

“For those of us who’ve been in the broadcast industry for a decade or more, we know what we mean, when we say the industry has digitally disrupted. Today, new markets are being created, with a new set of values that now threaten existing markets,” he said.

Just as the 2019 Elections is approaching, Mr Momoh said the use of social media gives a lot of concern because of the ease of spread of fake news online.

He said: “Social media, blogs and the ‘fake news’ phenomenon have all thrown the media in a precarious position. Those of us who still believe in the civic value of good journalism has been left in a quandary, as politicians are having a field day, taking a cue from the U.S. President Trump and lambasting journalists for false reportage and balance.

“These aren’t the best times for journalists. social media, which many had hoped will be a saviour with its open access and extensive reach, has actually compounded the problem, by rewarding speed and sensation, over accuracy.”

He said both broadcast and print media are faced with the challenge of unprofessional reducing the quality of information disseminated.

“The broadcaster now faces the endemic challenge of unprofessional activities of some content producers, who create content that does not meet the minimum requirement of the objectives of the mass media – educating, informing and entertaining; all in the drive to wrongly influence the society.

“Newspapers are trying to adjust to the times by creating websites of their own, but that also leads to the decline in their print readership since they now put all of their content online for free. A pointer to the fact that newspapers of the future will mainly take digital form.”

Mr Momoh said the future of both the print journalism and broadcast journalism is, however, a world that would be dominated by three hugely disruptive forces – predictive content, virtual reality and the eradication of language barriers.

According to him, technology can be exploited for media excellence.

“A lot of collaborative opportunities abound and we can share knowledge, share experience, expertise, creativity, culture and other resources across geographic and media boundaries,” he said.

“It’s a new world of media, and it is ready for us. And if used properly, it should inspire and influence, not just entertain and inform.”

‘Trade Is A Force For Good’: Okonjo-Iweala Optimistic Of Landing WTO DG Job