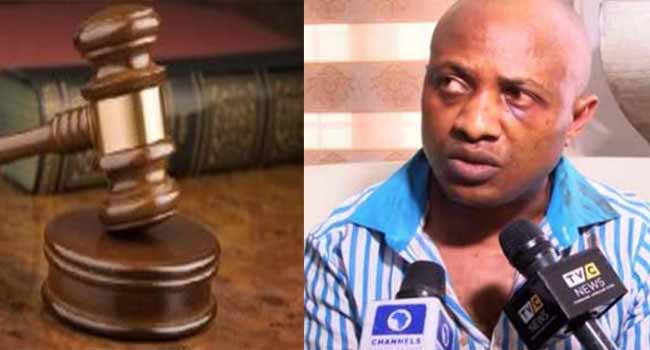 Trial in the case involving suspected kindnap kingping, Chukwudumeme Onwuamadike, also known as Evans, and five others continued on Friday at the Ikeja High Court in Lagos.

The Prosecution witness, Mr Anselm Dunu, who is also the elder brother to one of the suspected kidnapper’s victims, Ignatius Dunu, fielded questions from the defence counsel.

Mr Dunu admitted to receiving phone calls from strange voices, but could not tell who it was on the phone, because the audio was muffled.

While giving his testimony before Justice Hakeem Oshodi, he admitted that he did not dispose of the ransom himself, hence he could not tell who received the money.

Dunu said he only met Evans for the first time at the office of the Inspector General of Police in June 2017.

Justice Oshodi then adjourned hearing till the March 2 for continuation of trial, and ruling on bail application brought by the sixth defendant Victor Aduba.