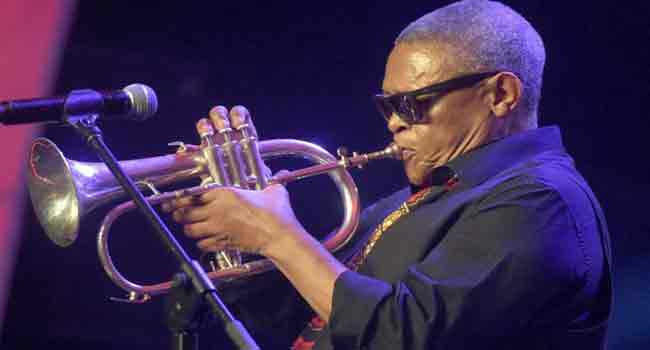 South African jazz legend Hugh Masekela died on Tuesday aged 78, his family announced, triggering an outpouring of tributes to his music, his long career and his anti-apartheid activism.

“After a protracted and courageous battle with prostate cancer, he passed peacefully in Johannesburg,” Masekela’s family said in a statement.

It hailed his “activist contribution” to music, which it said, “was contained in the minds and memory of millions.”

Arts and Culture Minister Nathi Mthethwa said that “the nation has lost a one-of-a-kind musician.”

“He uplifted the soul of our nation through his timeless music.”

Masekela fled apartheid South Africa in the early 1960s and did not return for three decades until after the release of Nelson Mandela in 1990.

Among his greatest hits were the anthem “Bring Him Back Home”, demanding Mandela’s freedom from jail, and “Grazing in the Grass”.

Keeping up his international touring schedule into his 70s with energetic shows, his concerts at home often exploded into sing-alongs.

“I took to it like a fish to water. I was a natural,” he recalled.