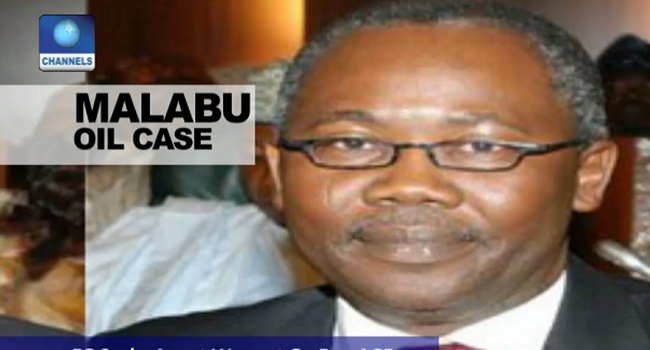 A former Attorney General of the Federation and Minister of Justice, Mr Mohammed Adoke, is asking a Federal High Court to dismiss the suit brought against him by the Federal Government for alleged criminal diversion of funds in the transaction involving Malabu Oil.

At the resumed hearing of the suit, lawyer to the former AGF, Mr Kanu Agabi while adopting his written address drew the attention of the court to a letter written by the Minister of Justice, Mr Abubakar Malami advising President Buhari on the need to discontinue the suit on the ground that the proof of evidence attached to the suit does not link Mr Adoke with the charges brought against him.

The Solicitor General of the Federation, Mr Dayo Apata who represented the Federal Government, however, challenged the content of the letter saying it is an advisory which does not stop the government from prosecuting the former AGF.

Having taken arguments for and against the hearing of the suit, Justice Binta Nyako adjourned the suit on February 28, 2018, for the ruling.

In October 2017, the Federal Government recovered $85million from the United Kingdom as part of the stolen funds from the Malabu Oil deal.

The Attorney General of the Federation and Minister of Justice, Mr Abubakar Malami, disclosed this during a consultative meeting on assets recovery in Abuja.

Malami, however, decried the non-compliance attitude of some countries that are still holding on to stolen assets.

“I am also pleased to announce that Nigeria has recovered the sum of $85m on the Malabu fund from the UK.

The Justice Minister also lamented the attitude of some countries perceived not to be giving Nigeria the needed support.

He added, “It is fortunate to state at this point that recovery and repatriation of our stolen wealth searched approach continues to be very tedious in spite of several bi-lateral and multi-lateral agreements entered into between Nigeria and other jurisdictions.