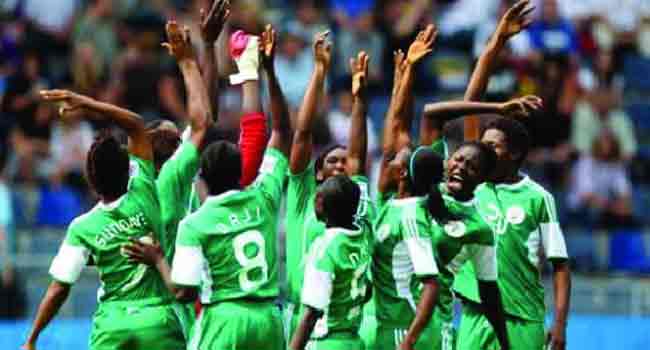 The female U-20 national team of Nigeria, the Falconets have qualified for the FIFA U-20 Women’s World Cup after thrashing their South African counterparts, Basetsana 6-0.

The match was played at the Samuel Ogbemudia Stadium in Benin City, the Edo State capital on Saturday, January 27.

Leading 2-0 from the first leg match in Polokwane, the falconets pressed home their advantage early in the match by scoring five times in the first half to complete an aggregate score of 8-0.

Speaking in an interview after the game, Falconets Coach, Chris Danjuma praised the efforts of his side adding that the team will be reinforced with more players ahead of the biennial showpiece.

On her part, the South African coach, Maud Khumalo expressed satisfaction with the performance of her players despite the loss.