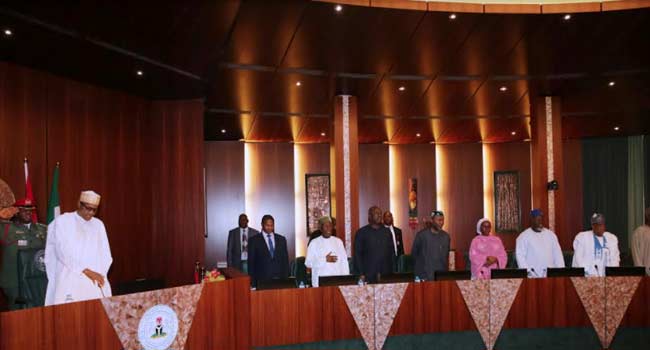 The Federal Executive Council (FEC) has approved the sum of N1.128 billion for the purchase of 50 operational vehicles to be deployed towards the purchase of anti-rice smuggling task force.

The Federal Government is still keeping to its words on zero tolerance to smuggling activities in the country.

The Nigeria Customs Service in an effort to curb smuggling says it is ready more than ever to tackle smuggling and revenue leakages across the country.

The Service appealed to the public to only engage in genuine business ventures that will contribute to Nigeria’s economic growth.

The National Coordinator of the Comptroller General of Custom’s Compliance Team, Mr Abubakar Azarema made the appeal on Wednesday at the Customs House in Aduwawa, Benin City the Edo state capital.

He spoke shortly after inspecting some of the goods seized by operatives of the Service at the Benin axis of the Benin-Ore-Lagos expressway.

The seized goods include 2,635 bags of imported parboiled rice with duty paid value of N80m, as well as a truckload of drugs such as chest and lungs tablets, said to have been smuggled into the country from India without an approval from the National Agency for Food, Drugs Administration and Control (NAFDAC).

Handing over the drugs to the Director-General of NAFDAC who was represented by an assistant director in the agency, Mr Godwin Tonwuru, Mr Azarema said the feat was achieved through intelligence.

“As you can see, these smugglers are devising all means to beat the Customs but I can assure you that we are ready for them. They beat the Customs at the Lagos port and other checkpoints on the route but through adequate intelligence, we were able to intercept them at the Benin axis,” he said.

On the impounded bags of rice, Azarema noted that the Customs would stop at nothing to check smuggling to give impetus to the Federal Government’s policy on agriculture and rural development.