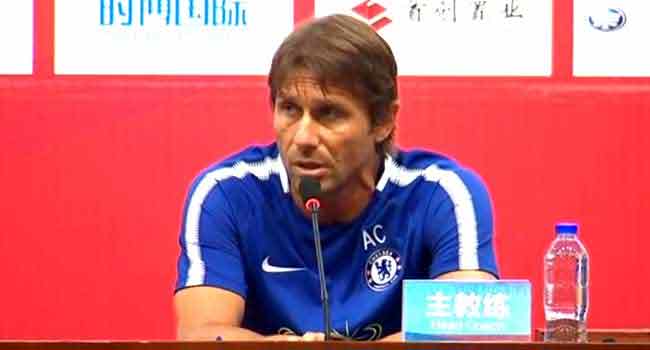 Chelsea boss Antonio Conte insisted he remains the best man to lead the Londoners despite an alarming dip in form from the Premier League champions in his second season in charge.

Conte has also repeatedly voiced his frustrations at his lack of input over the club’s transfer policy, further fuelling speculation he won’t remain in charge at Stamford Bridge beyond the end of the season.

“I trust in my work and this is the only way that brought me to be one of the best managers,” said Conte, who won three Serie A titles in a glorious three-year spell in charge at Juventus.

“I don’t trust in anything else, only in my work and my job.”

Conte labelled his preparations for Wednesday’s defeat as “disastrous” as Chelsea finally landed Olivier Giroud from Arsenal as a striking alternative to the injured Alvaro Morata, whilst the out of favour Michy Batshuayi was allowed to join Borussia Dortmund.

However, Conte is wary of throwing Giroud straight into his starting line-up for Monday night’s trip to Watford.

“We are working with him and we have to check his physical condition. It won’t be easy for him to start against Watford,” added Conte.

Conte Could Take Charge Of Spurs Days After Surgery