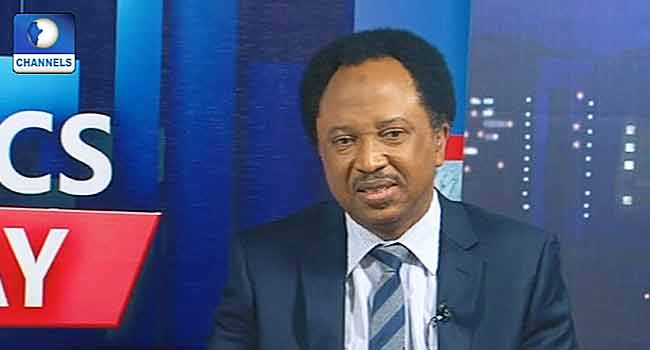 A member of the All Progressives Congress (APC) representing Kaduna state, Shehu Sani, has said that the appointment of Mr Bola Tinubu as Chairman of the party’s reconciliation committee ahead of the 2019 elections, is the last attempt to save it from getting into a crisis.

He said Tinubu was the best person to handle the party’s reconciliation process and expressed optimism that he will reunite all aggrieved members though he has very limited time.

Mr Shehu said this on Tuesday while discussing issues surrounding the Party and its eligibility for the upcoming general elections; on Channels Television’s Politics Today.

“No one could have been better placed to reconcile the problems in the APC than Asiwaju Tinubu. This could have happened last year but as they say, it’s better late than never.

“So we hope that Asiwaju will be able to perform magic because it is the last attempt to save the party as we head towards the 2019 elections.

“The crisis is diverse and I believe the most important one we need to resolve is the one between the states and if nothing is being done, certainly it will affect the fortunes of the party”.

Also responding to the rescheduling of the 2019 election dates, he said the Senate did not have a hand in the development except that it concurred with the resolution of the House of Representatives that the National Assembly elections will come first, the governorship next the presidential, last.

Explaining the rationale behind the changes, he said it would give old political parties an opportunity to test their electoral value.

“It is very clear that many political parties not just the major ones, have raised issues that the old order has not been able to provide a level and fair playing ground and as such we have a situation whereby whenever people vote for the president, they don’t care to come out again.

“Secondly, there is this bandwagon effect, everyone either simply goes to sleep because they believe that the first election is the most important election.”

“So this arrangement gives old political parties an opportunity to test their support base and popularity and also their electoral value”.

Meanwhile, the National Coordinator Election Monitor, Abiodun Ajijola who was also on the show, believes that the Senate and House of Representatives should have engaged INEC to discuss the issue of dates long before now.

According to him, the development infringes on the rights of INEC.

“What it’s basically telling us is that INEC can do one thing and the National Assembly can do another thing and this is unacceptable,” he said.

Giving his opinion on the ongoing continuous Voter Registration (CVR), Ajijola explained that the nation is heading towards a crisis because compared to the 2015 elections where over 11 million people were registered within a short time, only 4 million voters have been registered so far, ahead of the 2019 elections.

According to him, “we only have about 7 months at most, before the window has to close, because there is a statutory 60 days that must be observed before the elections.

“We are now in a very serious situation where we have millions of Nigerians that may not be able to be registered at the current pace,” he said.