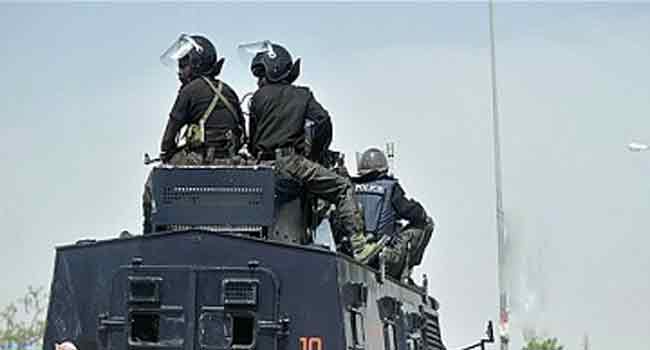 The Police have declared four of its personnel missing after suspected herdsmen have ambushed a police mobile force patrol team in Ayilemo in Logo Local Government Area of Benue State.

During the ambush, the attackers set one of the patrol vehicles ablaze.

The attack occurred when the team were returning from an operation in some villages in the local government.

Commissioner of Police, Benue State Command, Mr Fatai Owoseni, confirmed the attack, adding that a search is on for the missing officials.

“The Command would like to report that in furtherance of its confidence-building strategy and strengthening its visibility, Police Mobile Force Teams conducted a robust patrol of Ayilemo in Logo LGA today, 10th February 2018,” he said.

“However, on their way back to their camp at about 1430hrs, they came under attack of a fully armed group suspected to be herdsmen. In the ensuing gun battle, one of the Police patrol vans caught fire”.

“Effort ongoing to locate Four of the Policemen who were not seen while headcount was conducted. Casualty on the side of the Insurgents is being ascertained. The Police will not be deterred or relent in its effort to ensure adequate security in areas under threat in the State.”

I Will Not Impose Anybody On Rivers State Come 2023 – Wike